With Covid-19 cases rising rapidly amid a stonewalled transition, president-elect Biden’s warning that many more people may die if the Trump administration fails to share information and begin a coordinated response is not hyperbole. The virus is exploding everywhere, and many states still have no coordinated response.

As hospitals fill, reluctant Republican governors are finally issuing mask mandates; but the iron laws of exponential growth may mean those mandates come too late to save thousands of people. Even so, some states steadfastly refuse to undertake any response at all.

The one piece of good news, and it is very good news, is that not just one but two vaccines have demonstrated high efficacy and may soon get emergency-use approval. Others may follow. But approvals do nothing unless there is a comprehensive and viable plan for distribution and access. Delays and missteps could mean that many more people will needlessly die. A badly botched rollout could mean that the United States will be unable to achieve herd immunity, and that could hamper recovery for years.

We do know that Operation Warp Speed provided funding for the development and purchase of Moderna’s mRNA vaccine. That no doubt has allowed Moderna, a relatively small company, to ramp up its manufacturing processes in the United States more quickly and likely helped with clinical trial costs.

Pfizer did not take U.S. funding for the research and development costs for its mRNA vaccine, but it does have a contract with the United States to provide 100 million doses. Neither Pfizer nor Moderna have exclusive contracts with the United States; both companies have significant contracts with other countries and are working to develop manufacturing capacity worldwide.

Operation Warp Speed seems to play an important role in distribution. Both vaccines have complicated storage and transport requirements. Pfizer’s has requirements that are out of reach for many health-care facilities under current conditions. The use of military logistics power and experience will likely solve some of those issues and get the vaccines more readily to the states.

The CDC has provided guidelines with three phases that move on as supplies increase. The CDC’s “playbook” recommends prioritizing health care workers in early distribution, then moving on to particularly vulnerable populations and essential workers, and only going to the general population as vaccine supplies become readily available.

The CDC approach leaves the details of those definitions to the states, whom it has asked to provide plans for distribution as well as capacity and workforce projections. One thing that does seem clear is that the initial distribution will not include children. Pfizer and Moderna got permission to add children above 12 years of age to their clinical trials in October; any emergency-use approval issued in 2020 will likely not include children.

The preliminary plans submitted by the states to CDC demonstrate a wide variation of preparedness. Many lack necessary data about provider capacity, have only begun to plan for immunization registries, and have nonexistent or poorly developed communication plans.

In particular, many states are lacking a strategy for racial/ethnic minorities or vulnerable populations. In addition, although it is clear that there is rampant incorrect data spreading about these vaccines, only about a third of the states have plans to counter misinformation.

Many states are waiting for more facts from the federal government before finalizing any plans. For example, there is evidence that the Trump administration is hoping to provide vaccines directly to some providers in the states, but the states do not have full details. In addition, it is not clear whether all of the states will have equal access to the vaccine available in 2020—and if not, how states will be prioritized.

All states report funding issues. To date, only about $200 million has been provided to states for vaccine preparedness. It is estimated that $6 to $8 billion is needed.

Unfortunately, there is significant evidence that the current distribution preparedness ignores lessons learned from past vaccination efforts. Covid-19 strikes minority, ethnic, and socio-economically vulnerable populations disproportionately. But there are only limited plans to focus outreach to those populations.

We learned the cost of that failure to focus in 2009 with the H1N1 epidemic. Not providing equitable distribution was not only unjust, it hampered economic recovery. In fighting this virus, we are only as strong as the help we provide to the poorest among us. 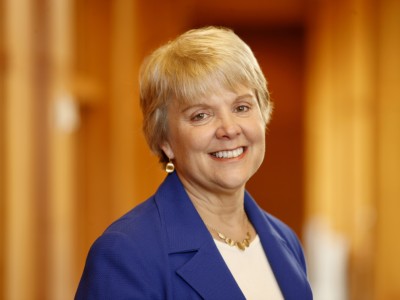 Margaret Foster Riley is a professor of law and public policy at the Batten School, a professor of law at UVA's School of Law and has a secondary appointment in the Department of Public Health Sciences at the University of Virginia School of Medicine. Riley has written and presented extensively about biomedical research, genetics, reproductive technologies, stem cell research, animal biotechnology, health disparities and chronic disease. She serves as chair of UVA’s Embryonic Stem Cell Research Oversight Committee and as legal advisor to the Health Sciences Institutional Review Board, which is responsible for reviewing all human subject research at UVA involving medically invasive procedures.

According to experts interviewed Friday in a webinar hosted by UVA's Miller Center, we are in a grim period, but if we continue to follow public health measures and increase vaccinations, the end of the pandemic is at least in sight.