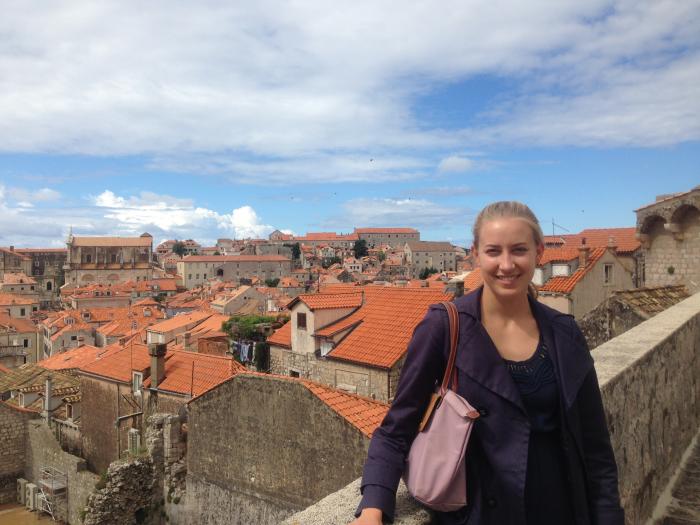 Second-year MPP candidate Caryl Merten is no stranger to foreign languages. As an undergraduate student, she received a degree in Foreign Affairs with a minor in French, and spent two years as senior resident in the language houses.

As a MPP candidate, she has taken her interest in foreign languages and public service to the next level. Merten was recently selected for the Boren Award for International Study, a prestigious and selective award presented each year by the National Security Education Program. Winning the fellowship will provide her the opportunity to spend 10 months in Haiti studying Haitian Creole and working with the Caris Foundation.

“Many of our students already recognize that cross-national work and collaboration are in their futures. Programs like the Boren Award will only strengthen their international perspective and language skills. We’re proud of Caryl’s achievement,” said Dean Allan Stam.

The award allows students to create their own plan of study in their application. “I have coordinated my plans to include a 30-hour per week unpaid internship with the Caris Foundation working on maternal health issues in Port-au-Prince,” Merten said.

The Caris Foundation, established in 2002, seeks to establish a presence in communities in order to understand the basic needs of the local people and to implement solutions that are culturally relevant and sustainable. Merten will also be taking 10 to 15 hours per week of one-on-one Haitian Creole language tutoring.

“I initially applied to Boren for Chinese studies. I had no past experience but was really interested in it, and it fit the bill for a ‘high priority language’ for the U.S. government that’s not typically taught in schools. However, after speaking with U.Va. Foreign Affairs/Politics Professor Brantly Womack, I realized Chinese may not be realistic, considering the high volume of applicants with Chinese experience. Two weeks before the application was due, I decided to apply for Haitian Creole instead.”

Merten is thrilled to be going to Haiti, a place that is close to her heart. “I lived in Haiti for my first and second grades and was there for half of my senior year in high school. I also went back for the summers in college,” she noted.

One of her goals is to become fluent in Haitian Creole during her 10 months there. She was one of three students who took the creole class offered at U.Va., led by Professors Stephanie Berard and Jacques Pierre.

Merten expressed her appreciation for the support of the Batten School Career Services Office. “I received ongoing support from them. The office is fantastic,” Merten said.

In exchange for funding, Boren Fellows commit to working in the federal government for at least one year after graduation. Merten concluded, “I am really looking forward to this opportunity, my 10 months abroad and what’s ahead.”