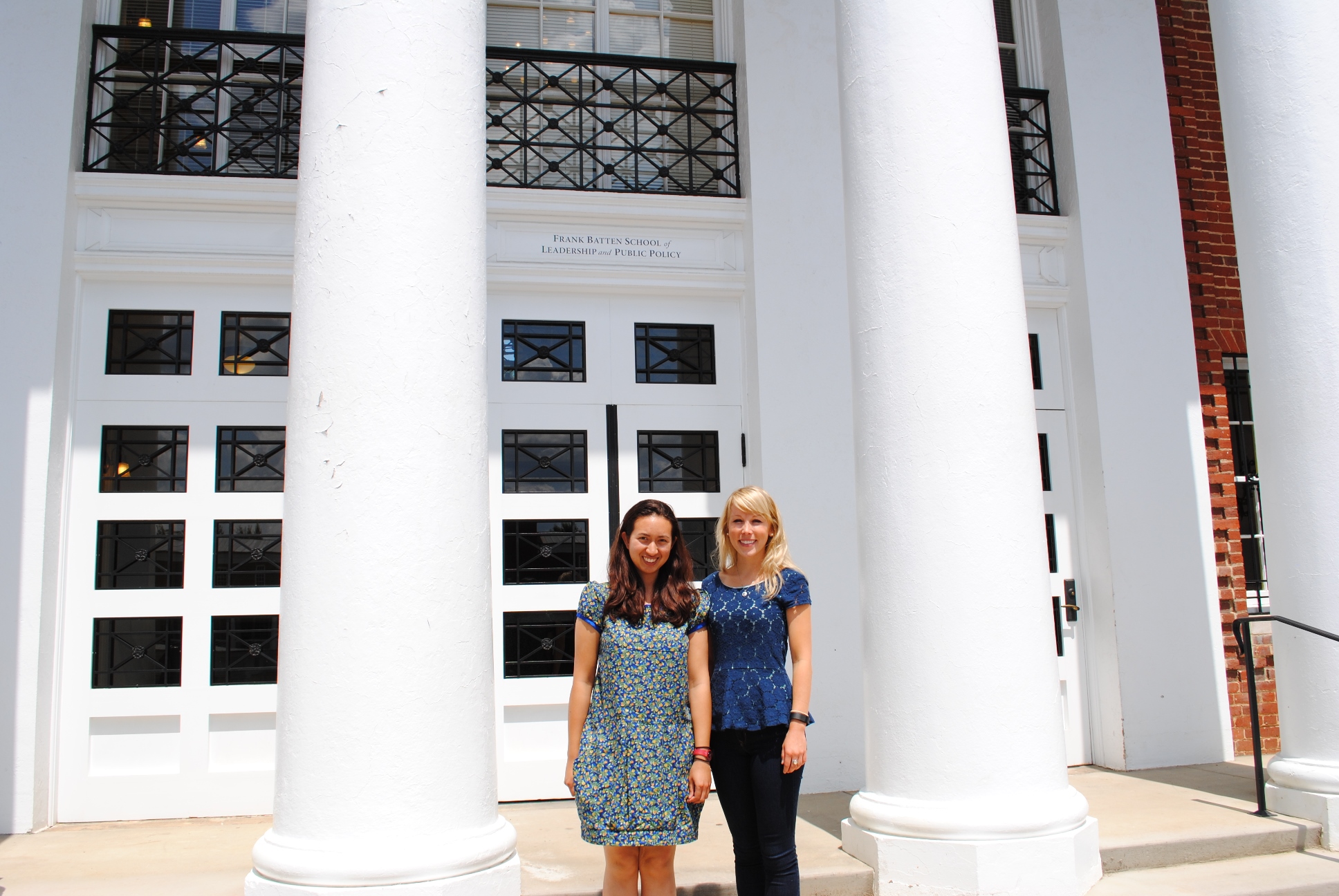 Imagine being sent to a foreign country where it takes you almost six months to make your first friend. Would you remember this trip as one of the most important, life-changing experiences in your life? For two incoming MPP students and returned Peace Corps volunteers it was an experience that has positively shaped who they are today.

Whitney Farmer and Angelina Loverde both feel that they are stronger and will be better prepared to be future policymakers because of their Peace Corps experience. From 2013 to 2015, Angelina taught English in rural southwest China at a teachers college for ethnic minorities. Whitney worked in HIV prevention and English language instruction in Kharkov, Ukraine, near the Russian border from 2009 to 2011.

In describing her experience in Ukraine, Whitney often returns to the words “resilience,” “resourcefulness” and “perseverance.” She recalled there were days where she was doubtful, especially during her first winter in Ukraine with months of little sunlight and temperatures never reaching above freezing. However, during the coldest, darkest and loneliest times, she persevered and remained optimistic by celebrating the small daily successes. As the first American at her school and the first Peace Corps Volunteer in the history of her city, she recalled that no one wanted to talk with her at first because she was an outsider and they were suspicious of her being a spy. Through persistence and many cups of tea shared with neighbors and colleagues, she built trust and cultivated relationships with people in her community in order to better serve them.

From the experience of being an outsider herself, she now has a keen awareness of outsiders and the importance of inclusiveness. She had good advice for future volunteers and classmates, “Peace Corps does a good job of teaching you that huge impacts are often made through steady and incremental change and most importantly, that you are part of something bigger than yourself.”

For Angelina, the Peace Corps experience is primarily about people. She learned to cherish people from all backgrounds and was inspired by her students’ positive attitude and hard work. Her students experienced real struggle and poverty, but with her confidence in them she was able to watch them blossom. Angelina found that empathy goes a long way, and it can make you a better leader.

On a personal level, her experience shaped her to be more independent and brave. For example, she once traveled through China on a 10 hour bus ride alone– something she wouldn’t have done previously in the United States. She knows that patience is essential in policy making, especially when practiced on the community level.

Whitney agreed with this assessment, “good policy is made from good listening and then taking action.” She learned the value of listening as it allowed her to be receptive and act on the real, not perceived, needs of the community she was working with day to day. Additionally, she learned that “sometimes being a little humble, not knowing all the answers and listening is what was needed.”

In offering advice, Angelina noted, “You have to really want it [Peace Corps service], it takes a long time during the selection process.” She recounted how intensive the training in culture and language was plus additional requirements from the host country. She was appreciative of the level of safety that the organization and host communities provided for the volunteers.

These first year MPP students are proud of their transformational experience abroad, where they affected policy on the ground, one person at a time. They realize that they’re part of a legacy of those who volunteered before them. They also know that they will find a receptive home at the Batten School.