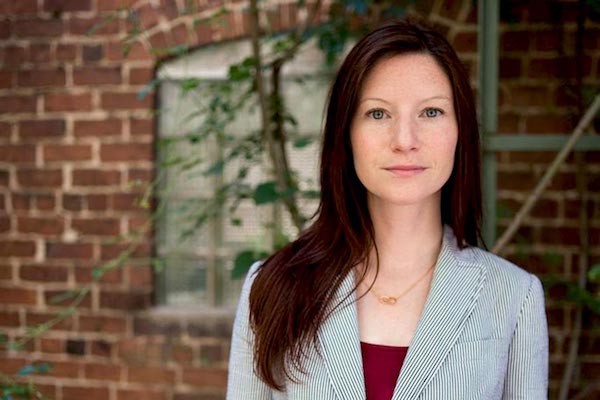 As the director of social entrepreneurship at the University of Virginia’s Frank Batten School of Leadership and Public Policy, professor Christine Mahoney had spent a good deal of her time devising innovative approaches for solving social challenges around the world.

However, it gnawed at Mahoney that she hadn’t been able to do as much as she would have liked right here in Charlottesville.

On Friday at Newcomb Hall Theater, in an event coinciding with Black Alumni Weekend, Mahoney took part in a flash seminar with New Hill CEO YolundaHarrell.

Q. For some people who may not be that familiar with “urban renewal” that took place in Vinegar Hill (and for which the City of Charlottesville formally apologized in 2011), what was the impact?

As all of Charlottesville was being developed, there were neighborhoods that were getting access to electrical, water and sewer lines in places like Belmont and other places close to the University. The city consistently denied access to services to Vinegar Hill, and then, based on the fact that there were no services, they said it was blighted and they mowed it down. They brought bulldozers and appropriated the land. Some people were compensated at an incredibly low rate, nothing near what it is valuated at.

Looking just at the value of land today, not even calculating what the homes or businesses would have been calculated at, just the land alone would have been over $80 million. … We look at the wealth gap today between African Americans and whites in Charlottesville and it ties directly back to this moment in time, where essentially those assets were stolen.

Q. How does UVA specifically help with wealth-building?

A. The No. 1 pathway to wealth-building in the United States is home ownership and business ownership, and both of those pathways were really cut off to the African American community in Charlottesville when urban renewal happened.

To move into wealth-building through home ownership and business ownership today, we know that building credit scores and financial resilience is important. So we’ve partnered with a national organization called “Operation Hope” that has a proven, scientific-based approach to getting people in communities to 700-plus credit scores. So we’re helping people prepare for once the community is built, to be able to buy a home.

And then the other piece is, we have an organization in town called the Community Investment Collaborative to help build minority businesses and support minority entrepreneurs, but there’s also often a need to help get access to capital as well, so we’re providing additional support to specifically minority entrepreneurs to access capital so that they can grow their businesses. We know from research that if you support minority businesses, those dollars stay in the community, because they use other minority suppliers and partner with other minority companies, and so it further enriches the community.

Q. What needs to happen in the partnership with New Hill for it to be a success?

A. Right now, we’ve begun the small-area planning process, which is a deep community engagement process. It’s getting community input into what this community will look like. That’s a big piece of it.

But the other important piece is that we’re working with our partners – some of whom are UVA alumni, some of whom are experts at the University – to build out the financing of this development. It’s going to be a mix of philanthropic dollars and concessionary financing dollars and market-rate investment dollars.

A. Yes, it’s a tremendous opportunity to work with this group of people. Yolunda has brought together an amazing board of African American leaders in the community and advisers. We’ve had the opportunity to network with experts across the country and learn about best practices in other cities.

I think it’s an amazing opportunity for both our faculty and our students to see that real change is possible. Other municipalities have done projects like this and have really moved the needle on wealth-building for their African American communities.

And this development creates the opportunity for the University to bring the best and brightest of all different aspects of all the schools. Once developed, it will have a component of early childhood, so [the] Curry [School of Education and Human Development] could be involved. The Architecture School will be involved. There’s an opportunity for the hospital to be involved. There’s clearly a public policy component, the Darden School of Business] and [the] McIntire [School of Commerce] as well. It’s a really cool opportunity where you have this concrete footprint where all the expertise and best practices of community development can be incorporated.