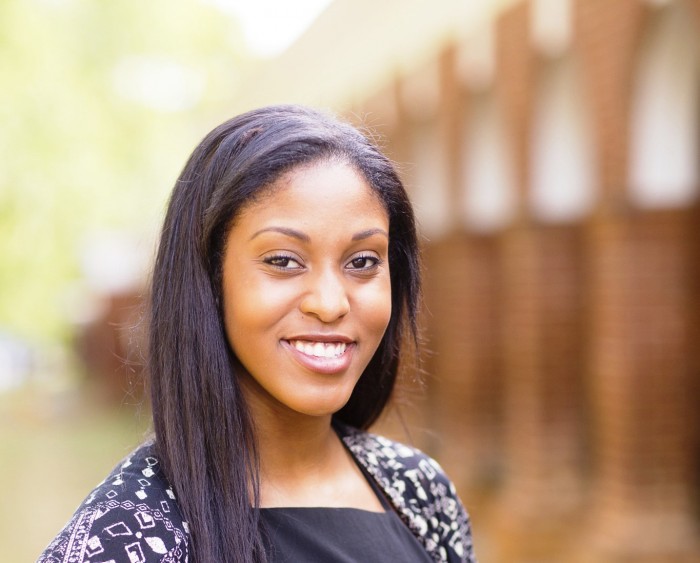 Which social or policy issues are you most invested in?

I am extremely interested in poverty in relation to demographics, and specifically in areas where black Americans have migrated in order to start and build families that have been torn down by police. I am also interested in standardized testing policies, police brutality and equal pay for women.

How do you hope to advocate for and advance those passions post-Batten?

I intend to become a lobbyist, in order to advocate for these issues. I was initially interested in higher positions, such as becoming a judge, but I think that working more closely with the community and being involved in lower levels of government will help facilitate change more quickly. ​​Being a lobbyist will help me listen to people’s perspectives more closely and advocate for their needs in the Senate.

Talk about an involvement or experience—internship, job, volunteer position or otherwise—that’s deeply shaped you.

One job that deeply shaped me was volunteering at Hope Gardens, a homeless shelter for women and children in California. I volunteered for about two years, and during that time I was able to get to know several of the families very closely. I was able to understand their stories—why they were homeless, what they hoped to do after leaving the shelter—and listen to their goals. I cherish that experience to this day.

What brought you to Batten?

Public policy is a major at several universities. Through the major, you gain a knowledge of policies and issues surrounding the United States, whether they be foreign or domestic. One thing that distinguishes Batten from a standard study of public policy is the fact that leadership is intertwined with the major. By including leadership, we are given the tools to not only be aware of policy issues, but to advocate for them and create change in communities. We are taught how to be leaders in our communities and to take action immediately. When I learned this about the school, I automatically knew I wanted to be a part of it.

What kind of public servant do you think the world needs today?

Talk about your life and interests outside of school.

I am really interested in the issue of sexual assault. The amount of women and men who are subjected to it is absolutely appalling—this needs to change. I joined Green Dot for this reason. By informing people of the issue and giving them the tools they need to directly deflect the situation as a bystander, I think the number of offenses will drastically decrease.

Outside of school, I also love to try new food places, hang out with my friends by the pool and go to movies.