“I am fortunate that I am able to study and teach topics that I find the most interesting,” said Batten Professor David Leblang. Leblang joined the University of Virginia in the Department of Politics and the Miller Center in 2008. In 2009 he became affiliated with the Batten School, where he teaches a course on international economic policy.

His interest in global policy figures prominently in his work, which focuses on immigration both in the U.S. and Europe as well as the financial crises that rocked the global economy in the last decade. These competing areas of interest require Leblang to utilize a variety of disciplinary perspectives in both his teaching and research.

“I don’t believe in there being one approach to understanding a certain topic,” said Leblang.” I taught a course on migrations last academic year. When we discussed The Great Migration following the American Civil War students not only read history but studied the music and art that developed during that period. There are so many great scholars here at UVA, so I took advantage and invited faculty from various departments to come and teach us.”

It is that very multi-disciplinary approach to knowledge that has allowed Leblang to thrive at Batten and continues to guide his work today both as a professor, researcher, as well as the Faculty Director of Batten’s Global Policy Center.

“I think even as a professor, it’s critical to say ‘I don’t know,’ as that invites dialogue,” said Leblang, who believes this kind of attitude emboldens students who would otherwise remain silent for fear of being outed by their peers as ignorant or out-of-touch with current events. But it can also prove beneficial to scholars, such as himself.

When I was the Chair of the Politics Department at the University of Colorado, I had to read all of the professors’ material, which I actually loved.” said Leblang. “Two professors, in particular, impressed me. One was Joe Jupille who is an expert on European politics and the second was Jennifer Fitzgerald, a specialist in comparative political behavior.”

Leblang ended up collaborating with both professors.

“We were both able to fill in the gaps in each other’s research as well as offer different perspectives,” said Leblang.

Fitzgerald, a seasoned expert in how social context shapes political attitudes, in particular how immigration into Germany had led to a resurgence in the German radical right, fascinated Leblang. It was reading Fitzgerald’s work—more than a decade ago—that drove his current work on global migration. Together they co-authored a paper, “Defying the Law of Gravity: The Political Economy of International Migration.”

This idea of learning from others has become a dominant feature of Leblang’s practice over the last decade.

“One of the advantages of being a full professor is that we have the ability and also the opportunity to ask the questions that we want to ask, to work on topics that may be well outside our established body of knowledge, and to collaborate broadly.”

Since he arrived at the University of Virginia in 2008, he has taught courses on political economy and migration with Sonal Pandya and Jennifer Rubenstein in the Department of Politics as well as a course on the Financial Crisis of 2018 with Robert Bruner of Darden and David Smith of McIntire. He also conducted a policy lab called “Saving Lives with Data” with Batten Director of Humanitarian Policy Kirsten Gelsdorf and Mark Slezak, a practitioner. That’s just the tip of the iceberg when it comes to Leblang’s range and interests as both a professor and a scholar.

“I enjoy the give and take that is part of a scholarly community,” Leblang said.

Currently, he is working on three different papers that arose when Ph.D. students at different universities asked him approached him with questions during a visiting colloquium.

“These students asked me good questions that I could not answer. My response was ‘that is a great question, let’s talk about it.’ And lo and behold, we started writing papers.”

“Learning how to build up a different set of knowledge allows one to learn to create a framework that is equipped to solve real problems,” said Leblang. “It’s also okay to be a beginner in a certain area. Through the process of moving from topic to topic, you gradually begin to build a base of knowledge that hopefully enriches your understanding of a certain area or policy while giving you a different perspective that you might not have otherwise encountered.”

Working with students, Leblang emphasizes how research and the process of coming up with a strategy to answer a question—even those with real-world application, is not enough.

“The things that make David Leblang a standout professor in the ranks at Batten are also the qualities that define him as a researcher,” said Batten student Alexa Iadarola (MPP ’19). “In his teaching and in his research, Professor Leblang is driven by the thrill of discovery. As a teacher, he led the classroom dynamically and always invited outside perspectives. [He] taught me to challenge policy assumptions and to find joy in discovery.”

Iadarola has studied under Leblang both as an undergraduate and graduate student and for the past two years, she has worked as a research assistant for Leblang.

“We want to give students a strong foundation when it comes to policy and knowledge but we also want them to leave with the ability and the confidence to build a framework that can address today’s most pressing problems,” said Leblang. “In the next ten or twenty years, Batten graduates—whether they’re working on domestic policy or global policy will be required to create a feasible framework—one that can solve an issue, rather than just ask a question.” 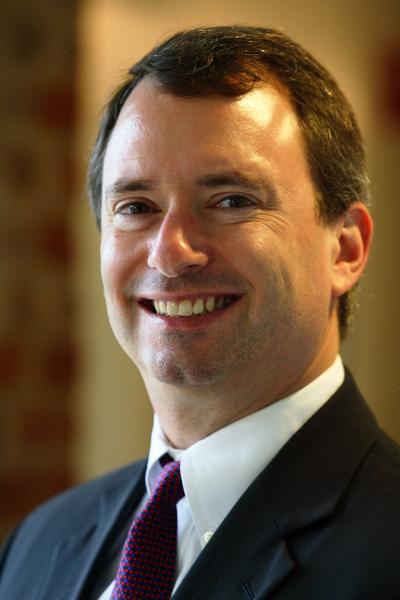 What explains cross-national patterns of international portfolio and foreign direct investment (FDI)? While existing explanations focus on the credibility of a policy maker’s commitment, we emphasize the role of diaspora networks.

As Economy Struggles, What Can We Do? 3 Professors Will Discuss in Thursday Webinar

Batten's Kirsten Glesdorf and David Leblang, along with Alison Criss from UVA’s School of Medicine and Rebecca Dillingham from the Center for Global Health at the University of Virginia, write about actions to take to develop a preparedness plan and be a good neighbor during the COVID-19 crisis.