America’s history of slavery has long dogged its present, casting a long shadow across the country. The University of Virginia and the greater Charlottesville area are no exception. Two years after the tragic events of Aug. 11 and 12, 2017, UVA has begun to do some soul-searching, taking a deeper look at its complicated past. A new place-based learning initiative aims to compel University faculty to do the same.

This past June, Batten professors Lucy Bassett and Andrew Pennock participated in the University’s Teaching Race at UVA seminar. Launched in the summer of 2018, the seminar, which is an initiative of the Office of the Provost, grew out of a desire to deepen faculty’s understanding of the University’s and greater Charlottesville’s complicated history with race.

With the support of a collaborative faculty planning team, Assistant Vice Provost for Faculty Development Jennie Knight curated the course modeled after Emory University’s Transforming Community Project Pedagogy Seminar. Galvanized by the tragic events that took place at UVA and in Charlottesville in Aug. 2017, Knight, together with the support of the Provost’s Office, quickly identified the need for a place-based faculty development seminar that would support faculty in their teaching and research about race.

“This is not a one-off course on race,” said Knight. “It’s a chance to connect historical events and today’s current struggles surrounding race, both at UVA, the local community, and our nation at large and help UVA faculty incorporate the local history of race into their teaching.”

The course includes site visits, presentations by experts, and sessions that cover the history of colonial Virginia to the advent of the Civil Rights movement to push faculty to connect UVA’s own racial history to the larger national narrative. Professor of History and African American studies Claudrena N. Harold is one of the experts guiding faculty to connect the dots. Through her years of research on the activism and leadership of the first African-American students to attend UVA and how that has evolved since the late 1960s, Harold’s work offers a glimpse into the seminar’s mission to enhance faculty’s understanding of UVA’s racial history and possibly motivate them to incorporate that learning into their own curriculum.

“It’s not just about learning the content,” said Knight. “Rather, it’s a chance to engage with a place, which is essentially the idea behind place-based learning. If students connect to the place where they learn, the hope is that they will become more engaged and ethical citizens.”

The same goes for University faculty.

“A lot of faculty never had the chance to engage in this way,” said Knight. “Although I was teaching theology courses at Emory University, I did not really know the specific history of the place [Atlanta, Ga.] where I was teaching.”

For Knight, it’s important for faculty—regardless of their discipline—to have the chance to engage with the place where they teach. Often referred to as the Ivory Tower, academic institutions are beginning to reevaluate their relationship to their surrounding communities while pushing students to do the same. As a school of leadership and public policy, it’s imperative for Batten students to make those connections, to learn how to live connected lives and to engage even when it may seem uncomfortable. For faculty, the same challenge exists, which is what initially drew both Bassett and Pennock to the summer course.

“The dynamics of race are literally built into the foundations of UVA,” said Pennock. “It is a strand that begins with the construction of the University, when enslaved laborers hollowed out Madison Bowl and used the dirt to create the tiers of the Lawn, and runs all the way to the events of Aug. 11 and 12, which are currently being woven into the building of the Memorial to Enslaved Laborers near the Rotunda. To teach at UVA is to be part of an institution that is as complicated and contradictory as Jefferson himself.”

Pennock, who teaches a course on Virginia Politics and Policy, believes that to understand the Commonwealth and its underlying political dynamics, one must also take a deeper look at how slavery has impacted the state since the first slave ship docked on the muddy waters of James River in 1619.

“I am more conscious of the racial dimensions of policy in Virginia and Charlottesville than I was before,” said Pennock.

Pennock, who was born in Charlottesville returned in 2015 to teach and to raise a family, says that understanding the history of a specific place is critical not only for faculty and students but for all citizens.

“There is a responsibility to understand one’s history, so one can act out of that knowledge.”

For Bassett, who joined the Batten School in 2018, Charlottesville was unchartered territory. Like Pennock, she also believes in the importance of understanding the place where one both lives and learns, and how that translates to one’s teaching.

“There’s a need to think about race not only as a topic in a class but also the dynamics of the class,” said Bassett. “Who is represented? Who has a voice? Whose history is considered the norm.”

Bassett, who teaches a course on poverty during early childhood, wanted to bring new information and fresh perspectives into the classroom.

“Given the overlap of race and place with poverty, I knew I could strengthen my course by looking more deeply at the dynamics of race and place,” said Bassett. “In one of my classes, I will now include an expanded activity on understanding the context and background of a place before making a policy recommendation.”

Next fall, Bassett plans to have her students look at examples from Charlottesville’s Vinegar Hill area, which was once a thriving African-American neighborhood that was razed in 1965 as part of an urban renewal plan only to be left vacant for years.

For her course on childhood poverty—although taught through an international lens—Bassett plans to feature local examples from the summer seminar that demonstrate the interplay of race, place, and poverty. For Bassett, the goal is to push students to think more deeply about the racial dynamics of different countries and the role geography plays.

Beyond being compelled to change the content of her courses, Bassett acknowledged that the training helped her think more critically about how she frames her courses, the language she uses, and whether her course feels inclusive to the students.

“I appreciate the chance to self-reflect and hope to continue this practice myself and with colleagues and students,” said Bassett. “It’s important to better understand the place we live and learn in as a foundation for our experience at UVA.”

Bassett and Pennock are the second cohort of Batten faculty to participate in the seminar. Last summer, Batten professors Christine Mahoney and Paul Martin participated in the place-based learning course and have since incorporated various aspects from the seminar into their own curriculum.

As part of the project, Mahoney pushed her students to identify nonprofits and organizations in the Charlottesville community that were tackling different aspects of racial inequality, and to think of hypothetical ways in which they could work together.

“Much of that research fed into the small area plan asset mapping that SE@UVA is working on with New Hill Development Corporation, Local Initiatives Support Corporation [LISC], and the City of Charlottesville,” said Mahoney.

Professor Paul Martin, who teaches courses on philanthropy, says that while it’s hard to exactly pinpoint how the seminar on race at UVA has directly influenced his teaching, he admits that it has changed the way he experiences UVA on a daily basis.

“I don’t walk the lawn without thinking about violence, especially toward enslaved women of the time,” said Martin. “And it makes me reflect on how central our institution was to the intellectual development of white supremacy and the eugenics movements.”

For his From Inequality to Action course, which in its second year, Martin says he will continue to take his students on field visits, beginning again with the slavery exhibit at James Madison’s Montpelier, located in Orange County.

Last Friday, Aug. 16, a behind-the-scenes tour of the Memorial for Enslaved Laborers took place –just a few days after the second anniversary of the Aug. 2017 white supremacist attacks on UVA and in Charlottesville. By paying greater attention to the historical role slavery and its aftermath has played on University Grounds and the surrounding community, schools like Batten can push students to reconsider the pivotal role race plays in their daily lives—and why it deserves better recognition and understanding—both in and outside of the classroom. 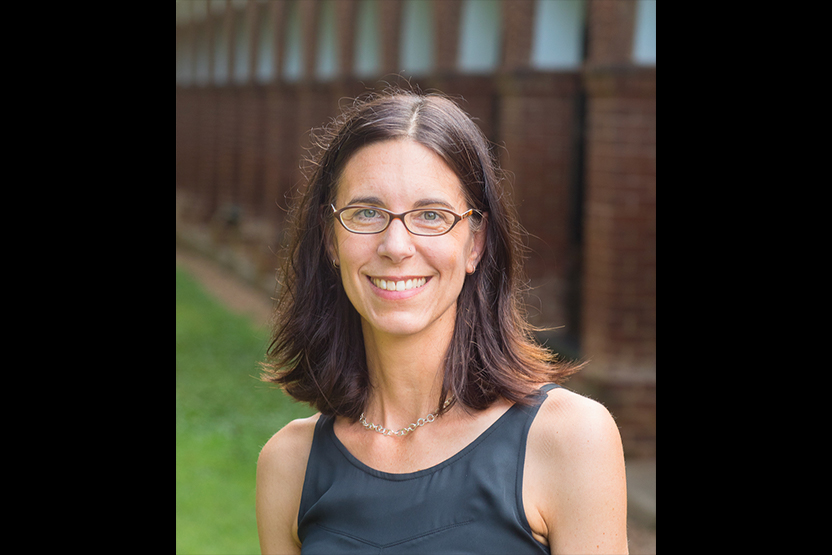 Prior to joining the Frank Batten School of Leadership and Public Policy, Lucy Bassett was an Education Specialist and a Social Protection Specialist at the World Bank, where she focused on education, social protection, nutrition, and early childhood development. She has also worked on those thematic areas at UNICEF, the World Food Programme, Save the Children, and the International Food Policy Research Institute.

Paul Martin is a political scientist who studies how and when political elites respond to the preferences of ordinary people. His research also examines how and when citizens become involved in the policy process.

When we think about the organizations making a positive change in the world, nonprofits usually come to mind. But in the latest installment of Expert Chats, Batten's Christine Mahoney argued that if we consider the private sector as well, we can address today’s global problems much more creatively.

Opinion: Now is the time to prioritize mental health

It is estimated that only 2% of people around the world have access to mental health and psychosocial support, or MHPSS. The question is, will COVID-19 offer us a chance to change this? Batten’s Kirsten Gelsdorf and Lucy Bassett provide critical insights into the barriers to progress in MHPSS interventions, and identify opportunities to prioritize and invest in new programs going forward.