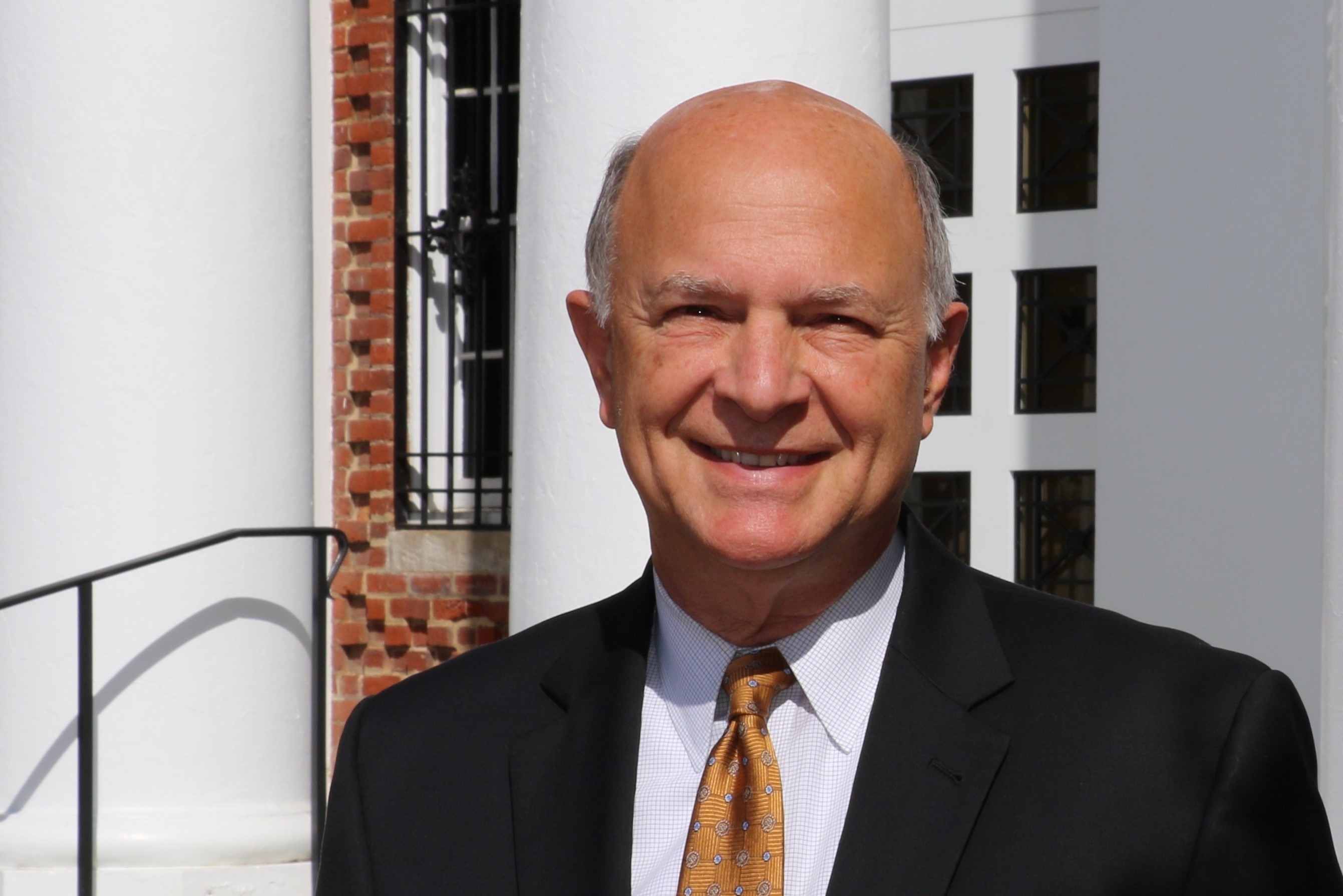 Rick Campanelli comes to the Frank Batten School of Leadership and Public Policy with extensive leadership experience in private law practice, industry, the nonprofit sector and in government service at the U.S. Departments of Health & Human Services, Justice and State.  In these positions he engaged in resolution of policy issues ranging from national healthcare policy, biotechnology, public health and welfare reform, privacy, national intelligence policy, human rights and religious freedom.

As Counselor to the Secretary for Science and Public Health, U.S. Department of Health & Human Services, 2007-2009, Mr. Campanelli was a member of the senior leadership and policy team at HHS, and was lead advisor to the Secretary on issues arising from the National Institutes of Health, the Centers for Disease Control & Prevention, the Food & Drug Administration and Agency for Healthcare Research & Quality (AHRQ).  He was also lead advisor for the HHS-wide Personalized Medicine Initiative regarding genomic medicine, and on issues at the intersection of health information technology and medical privacy.  Mr. Campanelli led the task force that developed regulations implementing national Patient Safety Organization legislation, and coordinated department negotiations that led to passage of the Genetic Information Nondiscrimination Act.

As HHS Counselor for Human Services from 2005-08, Mr. Campanelli was the lead advisor to the Secretary on all matters involving welfare policy and arising from the Administration on Adults, Children and Families, the Administration on Aging, the Substance Abuse and Mental Health Services Administration, the Office for Civil Rights, and the Office for Faith-based and Community Service.  He guided finalization of regulations implementing major welfare reform legislation; was lead counselor for the multi-agency Virginia Tech Task Force charged by the President to review school violence, mental health and privacy issues in the wake of the Virginia Tech shootings; and oversaw adoption of regulations defining constitutional pathways for participation of faith-based organizations in federal programs.

As Director of the HHS Office for Civil Rights from 2002-05, Mr. Campanelli led nationwide implementation and enforcement of the HIPAA Privacy Rule, and oversaw resolution of more than 5000 HIPAA privacy complaints. In addition, Mr. Campanelli oversaw and resolved complex civil rights investigations involving allegations of discrimination based on disability, race or national origin against states and major health institutions.

Prior to serving at HHS Mr. Campanelli was co-chair of the nonprofit law practice of Gammon & Grange, PC, advising senior management and boards on corporate structure, risk management, exempt status, intellectual property,  and first amendment issues.  He served as counsel to national and international nonprofit organizations, including the International Justice Mission.

Mr. Campanelli began his law career with the U.S. Department of Justice as a trial attorney in the Civil Rights Division, litigating with states over unconstitutional conditions in prisons and mental health institutions.  Subsequently he was legal advisor to the U.S. Department of State South Africa Working Group, working to advance policies to accelerate the end of apartheid in South Africa.  Before entering private law practice, he returned to the Department of Justice as Senior Special Assistant to the U.S. Attorney General, where he was the final reviewer of Foreign Intelligence Surveillance Act applications for surveillance of foreign agents in the United States, and reviewed all matters arising from the Civil, Civil Rights and Federal Courts sections of Justice.

Mr. Campanelli is a member of the Board of Advisors of the University of Virginia Frank S. Batten School of Leadership and Public Policy.  He has served as Trustee of the Certification Commission on Health Information Technology and taught Nonprofit Law, Governance and Ethics at the George Mason University Graduate School of Public Administration. He is an active member of the Virginia Bar.  Following his career at HHS he served as Director for Health and Health IT at Lockheed Martin, where he led efforts to find innovative solutions to advance healthcare value through use of complex computing and information technology capabilities. Along with teaching, Rick is Director of Graduate Ministries for the Center for Christian Study in Charlottesville, and is a speaker at national conferences on privacy, technology, ethics and First Amendment protections.