Within the last week, you probably encountered some form of household data. You might have read an article during your morning news check that told you 48% of Americans over 15 are married, for example, or you might have decided to Google the number of people who own cars on a whim the other night.

If you’re a policymaker, or a policy student, you’ve probably also used household data to make policy recommendations. But Batten alum and data analyst Cameron Haddad (MPP ’20) says there’s a lot more to the story than those numbers reveal.

Working for clients that focus on global development, such as the Bill and Melinda Gates Foundation, Haddad hunts for the data beneath the data, looking at how national estimates belie local trends. As part of an ongoing project, for example, he’s been researching child marriage in countries where the practice remains common. “What a household survey might say is that at the national level, child marriage rates from 2013 to 2018 didn’t change at all,” Haddad said.

Looking at individual states, cities, and villages, however, Haddad and his colleagues have constructed a different picture: “While some areas had spikes, others had decreases,” he explained.

Conducting this kind of deeper analysis can help organizations craft policies that are more carefully tailored to the people they intend to serve. Haddad’s data will help Girls Not Brides, a nongovernmental organization that aims to end child marriage, make important adjustments to their programming.

“It provides a new lens for viewing a very complex issue that is different in every country and every community,” he said.

Ever since he was an undergraduate, Haddad has been using his data analysis skills to support global development work. He enrolled at the University of Virginia thinking that he might major in history or Arabic, but in his second year, after combing the UVA job portal for opportunities, he found himself working as a research assistant for Batten professor Jeanine Braithwaite, studying poverty in South Africa.

Haddad found the research so interesting that not long after he began, he decided to take an independent study with Braithwaite on household data analysis, “which was a bizarre thing for an undergraduate to do,” he said, laughing. “But I use what I learned in that class every day now.”

It’s true that Haddad’s choice to participate in the independent study made him stand out, Braithwaite said. “If you’re willing to spend your Friday evenings using data to decide a poverty profile while your classmates are out throwing frisbees and drinking beer, that tells me something,” she said. “Cameron was very capable and very bright. He was also quite mature for his age, so I wasn’t worried about him working with graduate students.”

Haddad collaborated with Braithwaite for three years—as an undergraduate student and later a Master of Public Policy student at Batten—to gather both qualitative and quantitative data about households living below the poverty line in South Africa. During that time, he earned a Harrison Undergraduate Research Award and a Global Health Grant to travel to the province of Limpopo, where he interviewed fruit sellers, agricultural workers, and other people living in rural, remote villages.

In partnership with scholars at the University of Venda in the South African city of Thohoyandou, the researchers were looking to learn more about how citizens living in poverty used health care services. Low-income residents of Limpopo, they found, were much more likely to turn to traditional health care approaches—herbalism, divining, and faith healing—than Western biomedical interventions.

Haddad and Braithwaite ended a recent paper on their findings with a call for more collaboration between traditional healers and practitioners trained in Western health care methods. For Haddad, the experience pushed him to reflect on his own role as an outside researcher.

“People would tell me that they often did not feel welcomed or comfortable or safe in a lot of Western health care centers, that they felt more valued with traditional healers,” he said. “That’s an important part of development and policy as well: human dignity. People deserve respect.”

Haddad knew little about traditional healing when he began work on the project, and he said that for him, the experience reinforced the importance of keeping an open mind. Collaborating with and learning from professors at the University of Venda was an important part of the process, he added.

“It’s about meeting people more where they are,” he said, “and trying as best as possible to come in without judgement or preconceived notions.”

From the beginning, Braithwaite was impressed by Haddad’s facility with numbers, but she was also taken with his ethics. “I recruit people who have a comfort level with data, but that’s not all,” she said. “I remember a mentor of mine, when I was making a big hiring decision at the World Bank, told me, ‘You can teach people to do a lot of things, but you can’t make them be a kind, good person or committed to your same ideals.’”

When collecting and analyzing data, Haddad said—especially if you’re working from a computer in another country, as he is now—it can be easy to stay removed from the people you’re learning about, even as you’re sifting through the very information that makes them who they are. So he regularly reminds himself of the connection.

“I’m constantly thinking about the people on the other end of the numbers,” he said. “Throughout my day, while I’m using Stata, [a statistics software], I always pause to think about the end product: What might this lead to?”

In some cases, that means considering potentially dire situations that could arise if the data were misinterpreted or even simply made public. As an example, Haddad used a survey that included a question about domestic abuse. Although the data might not be tied to specific names, if the majority of women in one tiny village said they disapproved of domestic violence, they could still become targets due to their answers—as a result, keeping the data private is essential.

But Haddad also reflects on the potential positive results his analyses might have. As a fourth-year student, he collaborated with Batten professor Lucy Bassett to make data-based recommendations for policies concerning young children in Tajikistan, covering everything from school spending to water treatment. He later learned that the suggestions were used to design a new initiative that would allocate $40 million to better those children’s lives.

And in the end, for Haddad, that’s what taking a closer look at the data is all about. “We’re working towards the greater good, trying to improve people's living standards and dignity,” he said. “It’s a purpose-driven field." 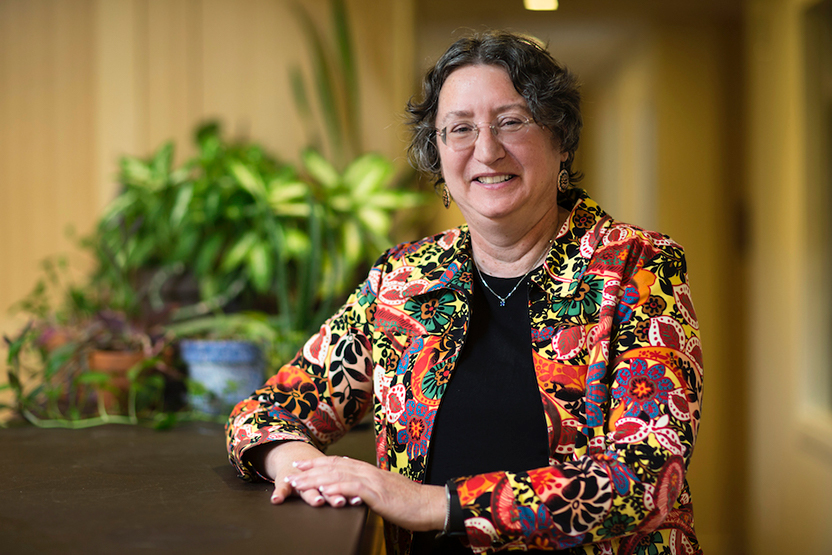 Jeanine Braithwaite is Professor of Public Policy, General Faculty, at the Frank Batten School of Leadership and Public Policy.