Batten School’s 2022 Finals Fete featured a spoof of the hit sitcom, “The Office,” but of course, set inside Batten. And associate professor Daniel Player had a starring role, portraying a version of the show’s Michael Scott, the well-meaning, but bumbling regional manager. As the video opens, Player, fully in character, explains what kind of manager he is.

“I’m the best kind,” he says, speaking to the camera in the show’s mockumentary style. “I’m what you might call a leader. These guys don’t know how lucky they are to have me around. … They love to put me on a pedestal. I’m kind of their dictator. Wait. Sorry. This is a public policy school. I am their king.”

When students approached Player about appearing in the video, Player remembers responding something like, “Sure.” But it’s likely students knew this popular professor was game long before they asked him. Player has racked up teaching awards in recent years — a Batten Faculty Award, an All-University Teaching Award and the 2022 Z Society Distinguished Faculty Award. Nominations have noted his relationships with students. He shows up to their events and games to uplift them, and he’s committed to student mentoring, they say.

As an education policy expert, Player’s research focuses on solutions that help students thrive in the classroom, often honing in on how to keep teachers and principals on the job. But he also knows what experts say about the kinds of spaces where students can learn. Research shows that students in kindergarten to 12th grade are more likely to thrive when they’ve built supportive relationships with teachers at school. While the research is slim for college-aged students, he can’t imagine it’s much different, and that guides his own teaching philosophy, he said.

“People just learn better when they feel like someone cares about them getting it,” Player said. “Everyone has had the experience with instructors who seem really genuinely interested in you as a person. And others, you might as well be watching a TV screen. Based on my own experience, I just felt like I learned more when I felt like they were invested in my success.”

Player comes from a family of teachers, including his father, now a retired high school teacher. And, though he originally planned to follow in his dad’s footsteps, it’s because of his father that Player isn’t in a high school classroom himself.

“My dad kind of talked me out of it,” he said. “It was not that he didn’t love his career, but he just saw that the state of education in K-12 is you don’t have a lot of opportunities for professional growth, and you can feel a little stagnated.”

Those discussions with his dad likely sparked some of his research interests today, he said. His peer-reviewed articles include explorations on what sparks principals to leave and what causes new teachers to burn out and quit. He’s currently working on a research project that dials in on the working conditions inside Virginia schools and how teachers feel about their jobs right now.

Player earned a doctorate in economics from the University of Washington and went on to become a senior researcher for the Mathematica Policy Research, a research organization and consulting firm in New Jersey. At the same time, he taught classes part-time at Princeton University where he realized that he still loved being in the classroom.

“I looked forward to that all day,” he said of his teaching gig. “And I thought, maybe I should make my day job more about teaching than just looking forward to it at night.”

Player arrived at UVA more than a decade ago and worked as a research assistant professor at the School of Education and Human Development. He joined the Batten School in 2015.

“They had this vision of taking teaching seriously and wanting this to be an innovative place where students are getting the best education that’s available in public policy,” Player said. “And that was just exciting for me to be a part of that.”

What drives him are the students and their potential. His courses include topics such as research methods and data analysis and economics of public policy.

“We have a bunch of really motivated students who are bright, and they are driven, and they are going to go off into all sorts of different areas of policy,” he said. “It was this opportunity to help them, regardless of what area they ended up choosing, develop skills to think about these questions more carefully.”

So that’s why he attends their events or cheers them on at sports games — or says ‘yes’ when they ask him to star in a spoof of “The Office.” It’s an opportunity to build those critical connections to support his students. It gives him purpose, too.

“I don’t think I can teach if I didn’t care about my students,” he said. “One of the great perks of my job is that I get to meet incredible people … And, boy, if I didn’t bother to get to know them, I’d be missing out.” 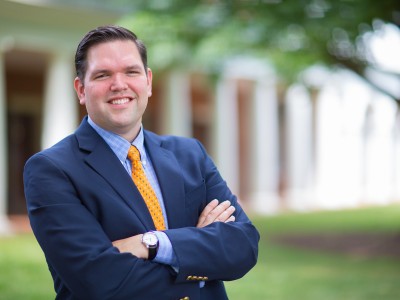 Dan Player is an associate professor of public policy at the Frank Batten School of Leadership and Public Policy. His research focuses on issues in education policy. His work has examined questions such as how teacher ability is recognized and rewarded in schools, whether teacher performance predicts turnover, and how teachers respond to working conditions.

Are Parents’ Ratings and Satisfaction with Preschools related to Program Features?

This study examines whether parents’ overall satisfaction with their child’s early childhood education (ECE) program is correlated with a broad set of program characteristics, including (a) observational assessments of teacher-child interactions; (b) structural features of the program, such as teacher education and class size; (c) practical and convenience factors (e.g., hours, cost); and (d) a measure of average classroom learning gains. It then describes associations between parents’ evaluation of specific program characteristics and externally collected measures of those features.

Students in the inaugural class of Ed Policy Associates are collaborating with Virginia policymakers on vital research, and gaining vital experience at the same time.