Class of 2021: Batten Student Aims to Use Her Policy Prowess Back Home

Tatenda Mabikacheche (MPP ’21) grew up in Zimbabwe during a period of incredible economic instability. What she’s learned during her time at Batten, she said, can help her country rebuild. 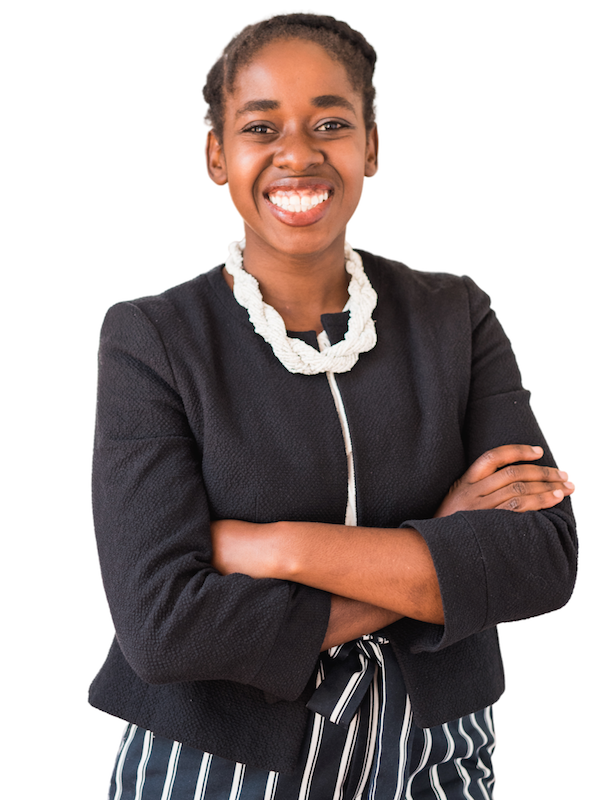 When asked why she’s interested in economics, Tatenda Mabikacheche (MPP ’21) often replies that she knows what it’s like to be both poor and a trillionaire at the same time.

Mabikacheche grew up in Zimbabwe, during a period when the country was experiencing astronomical rates of inflation. When she was in high school, she remembers, 50 million Zimbabwean dollars might buy nothing more than a loaf of bread. In the mornings, she would exchange U.S. money her parents gave her for Zimbabwean dollars through black market exchangers who waited by the bus stop. She then immediately turned around and used the dollars to get on the bus, before the money lost its value.

“I learned most of my Econ 101 that way,” she said. “You get out of the house, and then you’ve got to figure out the exchange rate, because that's the only way you're going to get back home.”

At a small private university in Florida, which brought her to the U.S. on a golf scholarship, Mabikacheche decided to major in economics. She struggled to imagine it as a career path, however. “I just didn’t see myself as an economist,” she said. “But I wanted to find more ways to promote economic development in my home country.”

The best way to do that, she decided, was to venture into the world of public policy. After graduating, she worked at the American Enterprise Institute, a think tank in DC. There, she researched tax and healthcare policy before going on to spearhead and manage initiatives that aimed to increase college student engagement, including a $30,000 scholarship program for undergraduate researchers.

Four years later, Mabikacheche decided to get her dual master’s at the University of Virginia, studying at both the Darden School of Business and the Frank Batten School of Leadership and Public Policy. Her goal has been to take everything she learns back to Zimbabwe.

“In many African countries, a robust policy infrastructure just isn't there,” she said. “I want to find ways to really strengthen the policymaking environment.”

Throughout her time at the Batten School, Mabikacheche has explored possible ways to do that. For her Applied Policy Project, which pairs Batten School students with clients looking to solve urgent policy issues, Mabikacheche has been researching how to expand financial security for low-income earners through addressing affordable housing shortages. Her client is New Hill Development Corporation, an organization devoted to fostering economic mobility for African Americans in Charlottesville.

Between 2008 and 2018, homeownership in Charlottesville increased by 20% for white residents but decreased by 24% for Black residents. Mabikachche has spent hours studying the problem, comparing current housing policies in Virginia with those of other states. In addition to this project, she has helped with other economic development initiatives, including a directory of local Black businesses and plans for the launch of a Black business incubator.

Her experiences at New Hill have awakened Mabikachche to some of the unique challenges African Americans face, and she plans to carry that new awareness forward into the rest of her career.

“Many of the frameworks I’m learning in America’s racial equity conversations can also apply to Black people in my country,” she said. “For me, the New Hill experience has also underscored the importance of promoting financial capabilities, expanding business opportunities, and developing affordable housing options with a path to homeownership. These are all fundamental avenues for economic mobility and wealth-building.”

Mabikacheche recently helped found a nonprofit called Realize Africa, which is dedicated to promoting sustainable development led by Africans. And after graduation, she will begin a position as a consultant with Mckinsey & Company, where she will continue to build on her policy knowledge in both the public and the private sectors. Although she’s not yet sure what her future will hold, she’s looking forward to eventually using the policy expertise she has gained at Batten to help people in Zimbabwe thrive.

“I know that my country has gone through a lot in the past two decades,” Mabikacheche said. “However, I am immensely optimistic about the changes that I and other people in my generation can create.”