Growing up in Vancouver, British Columbia, Terrell Jana had never heard of the University of Virginia; he barely knew where Virginia was. But as his fourth year at the University comes to a close, the football star reflected on how UVA has helped him find his calling, both on and off the field.

“I got really lucky to be able to come here and be part of this community,” he said.

Recruited from the Woodberry Forest School (where he’d landed after meeting a Woodberry student at a summer football camp), Jana became co-captain of the Cavalier football team and will graduate this May with a bachelor’s degree in public policy and leadership from the Frank Batten School of Leadership and Public Policy and an impressive record of leadership in student activism. His passions came together in a yearlong independent study project, presented at a recent Batten Hour, on how athletes can shape public policy ­– work he hopes to carry forward into a professional football career.

The path wasn’t always so clear. Jana had long dreamed of playing professional football, but academically, “I was wandering around UVA like a little lost pup,” he laughed. Then, in the spring of his second year, he enrolled in his first Batten class: “Public Policy Challenges of the 21st Century,” with professor Gerald Warburg. It proved to be transformative.

Jana “always sat in the front row,” Warburg recalled recently. “That’s how we got to know each other.”

That happened almost by chance, Jana said. Seats in the classroom were tightly packed, and Jana was in football camp at the time.  “I would come after practice, so I’d would be really tired, my legs would be tired, and I couldn’t sit in those tight seats because I would cramp up,” he said. In the front row, he could stretch his legs out.

The proximity paid off. Jana, who’d been fascinated by American politics, began to realize that policy could be a more effective way of creating change and helping others. He started lingering after class to chat with Warburg, who introduced him to other Batten faculty members. “Once I understood what the Batten School stood for, [I thought], ‘This is exactly what I want to do,’” he said.

Meanwhile, the 2019 football season ­– when the Cavs went 9-5 and Jana, a wide receiver, had the second-fewest dropped passes in the country ­– was also affecting his trajectory. “There’s always been kind of a chip on my shoulder about being this Canadian guy, having to prove to myself almost that I am able to compete in football with Americans,” he said. His success that season “was kind of the ultimate ‘you can do this’ kind of affirmation.”

Warburg helped Jana channel his interests in football and social change into an innovative independent study project on “Athletes, Activism, and Policy Action.”

“I realized there is nowhere in academia this is happening,” said Jana, who also worked with professor Brian Williams on the project. “There’s lots about athletes and activism, but there’s nothing about athletes and public policy.”

In the process, he says, he discovered how many athletes are already doing this work, and “really engaging with policymakers.”

“I thought it would be just be using your platform to amplify other people,” he said. “But what I came to find out is that a lot of these athletes are having sit-down meetings with legislators, are lobbying for certain bills to be passed. They’re really deeply entrenched in the work and these issues at a level that’s surprising.”

Jana carried out his project in an unprecedented year; he was still in the planning stages when the COVID pandemic hit. Then came the murder of George Floyd and nationwide protests over police violence.

Football team meetings, which had been happening daily over Zoom, shifted from conversations about “football and motivation and beating Tech and all that” to “more comprehensive and deep conversations into how we were feeling.”

He and other team members eventually formed a community outreach group, called Groundskeepers, to keep those conversations going. “It’s about providing a space for student athletes to have these tough conversations, but also how can we impact the community and be a service to them,” he said. The group held a “Take Back Our Grounds” march in August, from Heather Heyer Way to the UVA Rotunda, and has planned several other projects.

That same summer, Jana drew national and international media attention for his decision to play the 2020 season without his name on his jersey, in homage to the enslaved laborers who had worked at UVA. The idea grew out of a visit to the University’s Memorial to Enslaved Laborers, he said.

“The one thing that hit me was that many of the names on the memorial … were just a first name or an occupation,” he told UVA Today. “It was not only their last names that were taken away from them, but their roots, their culture, their tradition, their family.”

Throughout the year, Jana studied ways for athletes to move from activism to advocacy. As part of his project, he created a model for athletes who want to influence public policy, including the need to understand the history of an issue and connect with stakeholders who have already been doing the work. It’s a model he hopes to follow himself, as he awaits the NFL Draft this week.

If he doesn’t sign with an NFL team, Jana, the recipient of the 2021 UVA International Studies Office Graduation Award, hopes to play in the Canadian Football League, and he also sees law school in his future. But wherever he goes, he’ll build on what he’s learned at UVA about creating change.

“It’s clear the impact you can have through simple and small initiatives with local groups,” he said. “I learned that change is more accessible than I thought it was, and that’s promising for me.” 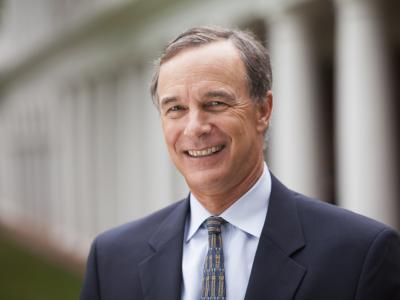