Leadership Unscripted: Role of Women and Girls in a Country’s Development 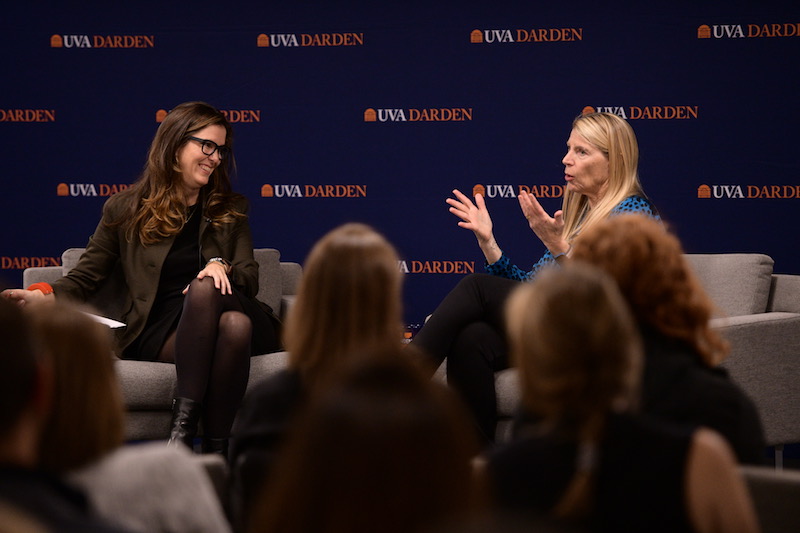 University of Virginia Darden School of Business alumna Carolyn Miles says the international nonprofit Save the Children has increasingly focused on fundraising, social media marketing and the impact of programs in the 120 countries that have Save the Children representatives during her tenure as the first female president and CEO of the organization in the U.S.

Miles outlined her professional path to success, as well as the role of women and girls in a country’s development, at a Leadership Unscripted speaker series event, hosted at UVA Darden DC Metro in the Rosslyn district of Arlington, Virginia. Speaking on stage with Kirsten Gelsdorf director of global humanitarian policy and professor at UVA’s Frank Batten School of Leadership and Public Policy, Miles’ focus has been to decrease the number of preventable deaths for children, increase gender equality and increase access to education, namely for young girls.

“We have a deep focus on girls, so we look at the differences in preschool programs to make sure girls get off to the right start, for example,” she said.

Changing the way people value young women is key, especially because some laws that protect children are not enforced evenly in all of the countries in which Save the Children works. In some cases, this means girls will be in school at an early age but will dropout to work at home, get married and help raise families.

While it would be easy to simply give up under these challenges, Miles offered several reasons for optimism, describing herself as a “glass half-full person.”

Miles gave the example of how Save the Children approaches its mission to help young girls in several ways, in some cases tackling the issue of child marriage directly through policy and education on the ground. In other situations, girls that have been in programs with Save the Children will advocate for themselves and convince their parents to keep them in school longer so they can become financially independent as adults.

“It’s about changing the way people value girls. You have to really work at the community level and try to change people’s beliefs,” she said. “The only way you’ll do that is by having local people who live in those communities talk to them about why girls can have just as much value as boys and show examples of women who have succeeded.”

In another example, she spoke about how Rwanda, which dealt with mass genocide in the 1990s, has increased the amount of women in its parliament to 61 percent, which is the highest in the world, after setting gender quotas.

She said the country embraced the sustainable development goals pushed by the United Nations and other countries, which helped women start small businesses and finish secondary school.

“Rwanda has really transformed itself from those very dark days to tremendous progress. That’s one place Save the Children has worked, but now we really don’t have to do as much because the government and the country and the people themselves have really turned things around.” 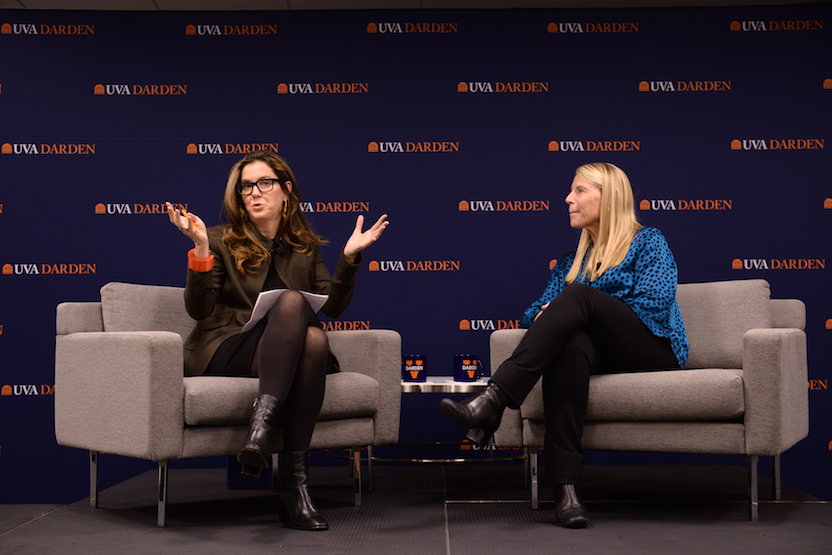 A Sea-Change Moment That Sparked a Career Serving Children

A chance encounter in the Philippines sparked a sea change in the professional life of Miles.

During her time on Grounds, Miles pursued a business career and, following graduation, worked for American Express in New York City and Hong Kong. Miles later left American Express to team up with Darden classmate Tom Neir (MBA ‘88) to help create a chain of successful coffee shops across Asia called the Pacific Coffee Company. She was the startup’s marketing, sales and public relations director.

Little did Miles know that would be one of the last times she’d work for a for-profit company.

Miles; her husband, Brendan Miles (MBA ’88); and her growing family in the late 1990s saw extreme poverty affecting women and children while living in Asia. As a mother and local volunteer for a nonprofit, Miles said visiting the Philippines shined a spotlight on how inequalities can change people’s lives.

“For people that go into this work, there’s always a moment or time period that really pushes your path in that direction,” Miles said.

Her moment was driving from the airport in Manila to the city on a long road lined with slums. These were “very deep, dire slums,” she told the audience. “And every time you’d stop at a stoplight … people [would] come to the car and beg at the car windows.”

Miles recalls sitting in the backseat with her infant son, Patrick, when a woman came up to the window with a baby of her own in her arms. Seeing this made Miles think about the economic disparity between them.

“We looked at each other through the windows and there was something for me about that moment that was so intensely unfair because this woman was obviously very poor and this baby was obviously unhealthy. And I was sitting there with a completely healthy baby,” Miles said. “The only difference between my baby and the baby she held was that hers was born to this really poor woman who came from a shanty next to the road, while my son was born to two well-educated Darden graduates. That to me was a real injustice in terms of the futures for those children.”

Miles began to rethink her professional career and thought of how she could make a difference in the world for others. Fortunately for her, Miles was able to reach back into her Darden network and contacted an alumnus who eventually introduced her to a staff member at Save the Children. That conversation gave her a shot at a new beginning as an advocate and leader for a global nonprofit.

Miles joined Save the Children, just 10 years after receiving her degree from Darden. By 2011, she became its first female president and CEO and helped increase the number of women on the nonprofit’s board of directors to its current 50 percent. 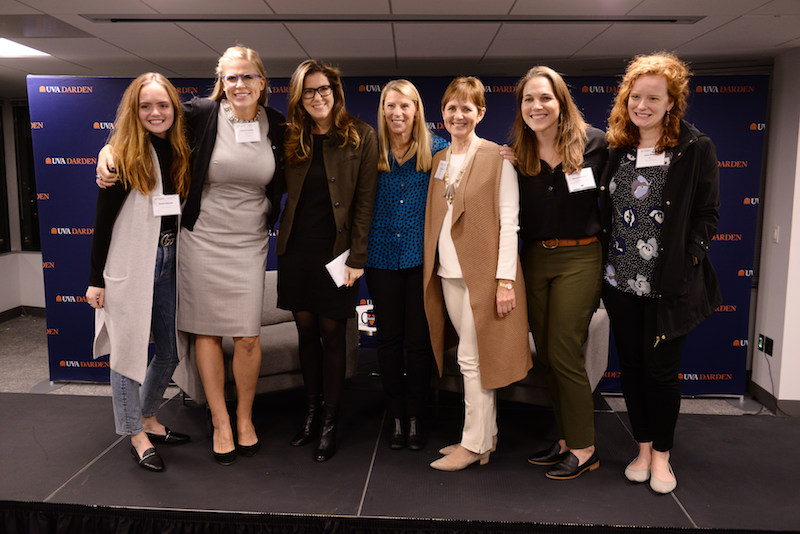 Remembering the Past, Looking to the Future

Miles, who will step down as CEO by January 2020, told Darden students that shifting career paths is a natural step to finding what you want to do.

She encouraged reaching out to the Darden network like she did in order to find organizations and causes.

“Part of it was fate,” Miles said, “but you really need to follow that feeling, somehow.”

Reflecting on her time as a leader at Save the Children, Miles said it is bittersweet to give up leading a cause that has been hers to lead for years, but that she wants to simply be remembered for doing good things for the world.

“I hope people will say that I really cared about the people,” she said, adding that she will continue managing a fund that pushes forward young women’s empowerment. 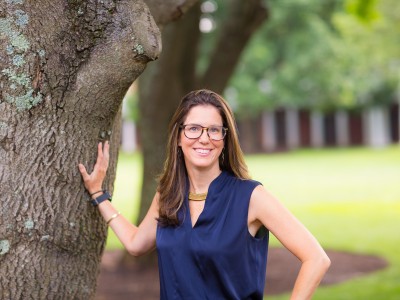 Kirsten Gelsdorf is a professor of practice of public policy at the Batten School and the Director of Global Humanitarian Policy. Gelsdorf has 19 years of experience working in the humanitarian sector, most recently serving as the Chief of the Policy Analysis and Innovation section at the United Nations Office of Coordination of Humanitarian Affairs.

Want To Help Save the World? This New Book Club Offers a Novel Approach

News and facts about humanitarian crises don't drive people to action, but a good fiction book might. Batten School professor Kirsten Gelsdorf and Humanitarian Collaborative practitioner fellow Adrienne Ghaly created a book club that might save the world.