Shobe: Net-zero emissions by 2050 are achievable, affordable in Va.

The International Energy Agency recently released a report that addressed how countries around the world can transition to net-zero carbon emissions by 2050. It found that governments can rapidly boost clean energy to create millions of jobs, lift economic growth, and keep net-zero in reach. Globally this is admittedly a tall order but reaching net-zero carbon emissions in Virginia by 2050 is well within reach.

Earlier this year, my colleagues and I at the University of Virginia’s Energy Transition Initiative released a study that found that decarbonization in the commonwealth by 2050 is achievable and affordable.

Eliminating greenhouse gas emissions will change how Virginia generates its electricity, heats its buildings, and powers its vehicles and factories. We can use renewables, energy storage and improved efficiency to reenergize Virginia’s economy as we help reduce the harmful effects of global warming.

There are also ancillary benefits. The public health costs of fossil fuel use fall disproportionately on lower income families, so decarbonization can also enhance fairness of our energy economy. And a shift away from imported energy will increase local jobs.

But moving away from fossil fuels requires careful planning and policy design. The Virginia Clean Economy Act, which became law in 2019, focused on reducing emissions from electricity generation, which accounts for about 30% of the state’s CO2 emissions. Transportation accounts for nearly half, with buildings and industry making up most of the remaining 20%. Getting to net zero requires reducing emissions from all of the above.

Decarbonization can lower net energy expenditures in Virginia. New investment in electric vehicles and efficient building HVAC systems reduce energy use and lower spending on imported coal, natural gas and petroleum products. Because the transition to net zero improves energy efficiency, Virginia’s expenditures on energy, as a share of all economic activity, will be lower than in the recent past.

If implemented efficiently, the economic benefits of decarbonization, in reduced health and climate costs, will be substantially greater than the costs of achieving it. There also will be broader economic gains from reduced exposure to price volatility in international oil markets.

Even though electricity demand is expected to nearly double, total energy use in a 2050 net-zero Virginia is not projected to increase. Electricity is generated using renewables, primarily utility-scale solar and offshore wind, along with the existing fleet of nuclear plants. Coal is no longer used to produce electricity, eliminating coal imports. Some of our existing natural gas generation fleet will be needed but will be fired with low-carbon fuels.

Virginia’s emissions will not reach the near-zero levels needed to protect the climate without a substantial push from public policy.

Virginia has much to gain by reducing global warming. Making the transition to net-zero emissions by 2050 makes good sense for the commonwealth.

Read in The Virginian-Pilot 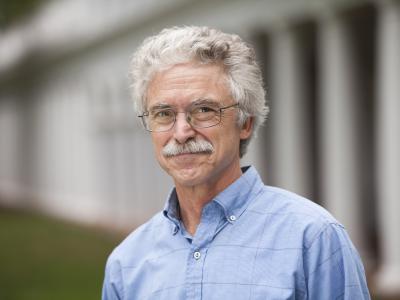 Federalism as an academic discipline studies how multilevel political jurisdictions interact, both vertically and horizontally. Environmental federalism shifts and expands the focus by concentrating on environmental goods, which are related to ecosystem services. This shift necessarily expands the inquiry to include investigation of how ecosystem services respond to changes in resource management by human governance institutions.

From Zero to Hero?: Why Integrated Assessment Modeling of Negative Emissions Technologies Is Hard and How We Can Do Better

Efforts by the United Nations and others to develop a coordinated global response to climate change rely heavily on an ensemble of Integrated Assessment Models (IAMs) to make projections linking human activities to climate outcomes (IPCC, 2014, 2018). IAMs are coupled models of the global economic and climate systems, first developed to represent fossil fuel emissions from the energy system (Reister and Edmonds, 1977), and later expanded to include land use change and forestry emissions, as well as non-CO2 emissions (Di Vittorio et al., 2014).

As part of the Virginia Clean Energy Summit on Tuesday, Batten professor William Shobe outlined how it is feasible for Virginia to “decarbonize” the state’s economy by 2050.

Upon realizing the vast number of students who were suddenly losing summer jobs and internships, the Cooper Center leapt into action. Batten Professor Bill Shobe and his team made the decision to take on as many interns for its Virginia Clean Energy Project as it could possibly handle.