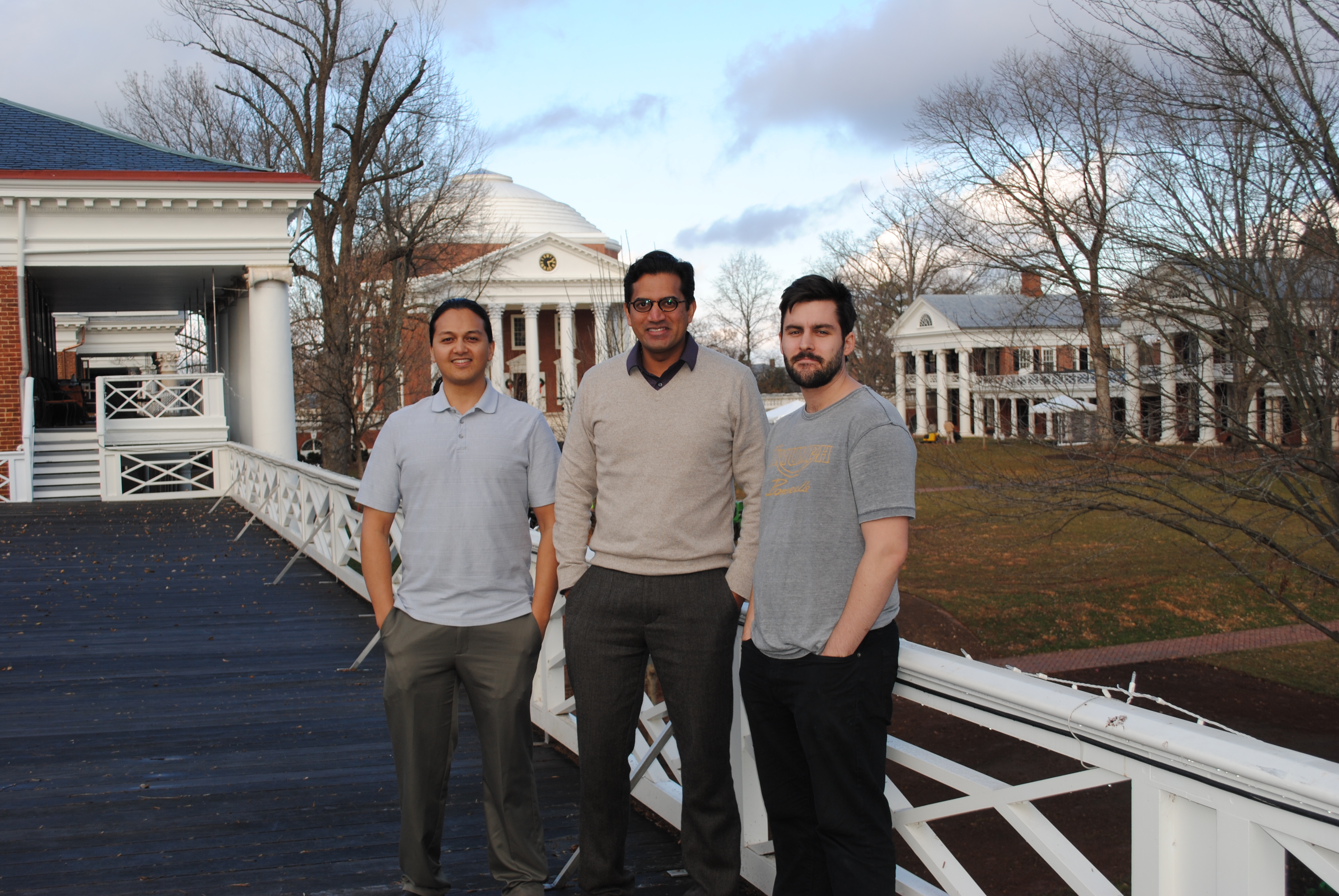 The Batten School is embracing this holiday season by recognizing individuals, organizations, and projects that are making a positive impact in the world. Check out Hava’s Indiegogo Campaign.

"Air pollution does not discriminate," said Batten professor Bala Mulloth. "But it’s the poor who suffer the most because they can't afford effective air filters and many inhabit the world’s most polluted cities."

But this may change with Hava, Inc., a global startup that aims to create affordable air filtration products to make life in polluted cities healthier for all residents.

When one thinks of air filter masks, the cheap air masks commonly seen in airports or large industrial cities usually come to mind. Supported by advanced technology, Hava’s air masks may look like ordinary masks—but they will be far more effective and even better, more affordable. Mulloth and UVA engineering professor Gaurav Giri, the team behind Hava, have no intention of trying to change consumer habits—at least at this stage, but hope that the first product prototype, an air-filtering scarf, will evolve stylishly and eventually become a recognizable brand.

"Right now, we are focusing on serving the most vulnerable populations in the developing world,” said Mulloth. Hava will begin by manufacturing air filtration patches, called ZIFs (similar in look and shape Nespresso coffee pods) that can be applied to a variety of materials customized to the user’s climate, e.g. cotton in hot climates, wool in cold climates. ZIFs are expected to cost less than a dollar to produce.

“First, we want to provide a product for the developing world,” said Mulloth, “But we do hope to grow so that Hava can have a customer base that values a fashion component. Think of sunglasses, which were initially created to protect your eyes from UV rays. Now, they’re an accessory but one that still protects your eyes—stylishly.”

Founded in 2018, Hava is the brainchild of Mulloth, who joined Batten in 2015 and is part of the school’s Social Entrepreneurship at UVA initiative, and Giri. Hava’s product lineup, which includes items like scarves and masks, will be different from those currently on the market because of a discovery made by Giri about the use of metal-organic frameworks (MOFs)—a technology that traps particulate matter and other pollutants that are harmful to the human body. Prior to Giri’s discovery, it wasn’t possible to commercially produce wearable fabrics with MOFs woven into them for air filtration. But this is just what Hava intends to do and the timing could not be better.

Air filtration products present a huge market opportunity. According to a recently released TechSci Research report, the global air purifiers market is projected to cross $29 billion by 2021, on account of the continuously rising level of pollution and growing health consciousness among consumers, globally.

Currently, no one has conceived an idea like Hava’s nor has anyone produced a product of equal measure that is as effective and affordable. Air pollution is considered “the new tobacco” by organizations such as the World Health Organization and kills over 7 million per year. Research has increasingly revealed that over 90% of the world’s population breathe toxic air which has a profound impact on the health of people, especially children. It’s no time to be complacent about smog.

Giri said that cheap masks in his native country of Nepal are useless and don’t stop the dangerous particles from getting into people’s lungs. Yet, the majority of the population cannot afford better masks. For Giri and Mulloth, this is what they call “an end of the line problem,” i.e., lower life expectancy, and something they both feel compelled to combat.

For now, the team’s immediate priority is to distribute their first product—the scarf—into the hands of the most vulnerable populations in Asia and Latin America. By partnering with a range of NGOs and humanitarian aid agencies, Hava will be able to better educate potential customers on the technology—in a way that will enable them to have a significant social impact.

A recently-launched crowdfunding campaign will play a crucial role in this next phase. Donations will allow the team to rent a wet lab space in Charlottesville, purchase equipment, and begin large-scale manufacturing of the scarves with a delivery date of May 2019. In tandem, they will also be launching an equity-based crowdfunding campaign next year. The goal is to involve investors that might be interested in working with Hava in order to build the higher end products of the brand. As the overall demand for wearable air filtration products grows, so will the fashion—which means that Hava must harness sophisticated design to augment their technology.

On the campaign, Mulloth said, “It’s been an incredible—and if I’m completely honest, humbling experience to take the theory of social entrepreneurship that I’ve studied and taught for so many years and put it into practice.”

To learn more about Hava and support its next phases, visit Indiegogo.