Researchers have used repeated cross sectional observations of homicide rates and sanctions to examine the deterrent effect of the adoption and implementation of death penalty statutes. The empirical literature, however, has failed to achieve consensus. A fundamental problem is that the outcomes of counterfactual policies are not observable. Hence, the data alone cannot identify the deterrent effect of capital punishment. This paper asks how research should proceed. We seek to make transparent how assumptions shape inference.

We study the identifying power of relatively weak assumptions restricting variation in treatment response across places and time. We perform empirical analysis using state-level data in the United States in 1975 and 1977.

The results are findings of partial identification that bound the deterrent effect of capital punishment. Under the weakest restrictions, there is substantial ambiguity: we cannot rule out the possibility that having a death penalty statute substantially increases or decreases homicide. This ambiguity is reduced when we impose stronger assumptions, but inferences are sensitive to the maintained restrictions. 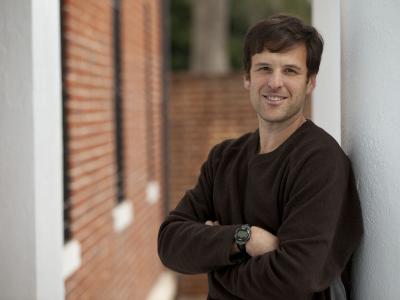 John V. Pepper is a professor of economics and public policy at the Batten School and a professor of economics in the Department of Economics at the University of Virginia. His work examines identification problems that arise when evaluating a wide range of public policy questions including such subjects as health and disability programs, welfare policies (e.g., SNAP), and drug and crime policies.

The literature assessing the efficacy of the Supplemental Nutrition Assistance Program (SNAP), formerly known as the Food Stamp Program, has long puzzled over positive associations between SNAP receipt and various undesirable health outcomes such as food insecurity. Assessing the causal impacts of SNAP, however, is hampered by two key identification problems: endogenous selection into participation and extensive systematic underreporting of participation status.Using data from the National Health and Nutrition Examination Survey (NHANES), we extend partial identification bounding methods to account for these two identification problems in a single unifying framework.

The Economics of Food Insecurity in the United States

Food insecurity is experienced by millions of Americans and has increased dramatically in recent years. Due to its prevalence and many demonstrated negative health consequences, food insecurity is one of the most important nutrition-related public health issues in the U.S.