In his book, Funding Science in America, he discusses how since the 1950s, the federal government has relied on the peer review system for funding high quality academic science. Yet, despite the success of American science, peer review is under attack for being a biased 'good old boy' network that helps rich research universities get richer. As a remedy for these biases, university presidents and members of Congress have turned to the earmarking of science projects and facilities in the federal budget. This earmarking of funds, however, brings with it new areas of tension and suspicion. Funding Science in America, first published in 1999, is the first book to explore both the pros and the cons of the controversial academic earmarking issue. Savage analyzes the earmarking decision of both university presidents and members of Congress, identifies those universities that have benefited most from earmarking, as well as examining the question of whether earmarking improves their ability to compete for research.

Lunch will be provided. 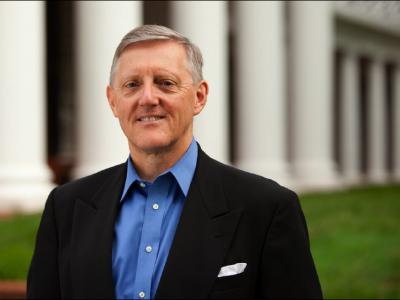 James D. Savage is a professor of politics and public policy at the Batten School and a Fellow of the National Academy of Public Administration. His research and teaching focus on comparative budgetary, fiscal, and macroeconomic policy, with an emphasis on the United States, the European Union, Iraq and Japan. He is particularly interested in the development of macrobudgetary rules, procedures, and institutions in these countries, and how they influence fiscal outcomes.

Strengthening the European Commission’s Budgetary and Economic Surveillance Capacity Since Greece and the Euro Crisis: A Study of Five Directorates-General

The Administrative Costs of Congressional Earmarking: The Case of the Office of Naval Research

Discussions about congressional earmarking often focus on their direct costs in the federal government’s appropriations bills. This article shows that this conventional view neglects the administrative costs of earmarking by examining the extensive transaction and opportunity costs that come with the political, budgetary, and programmatic management of these earmarked projects in Congress and in the Office of Naval Research.