2018 Recipient of the Outstanding Virginian Award 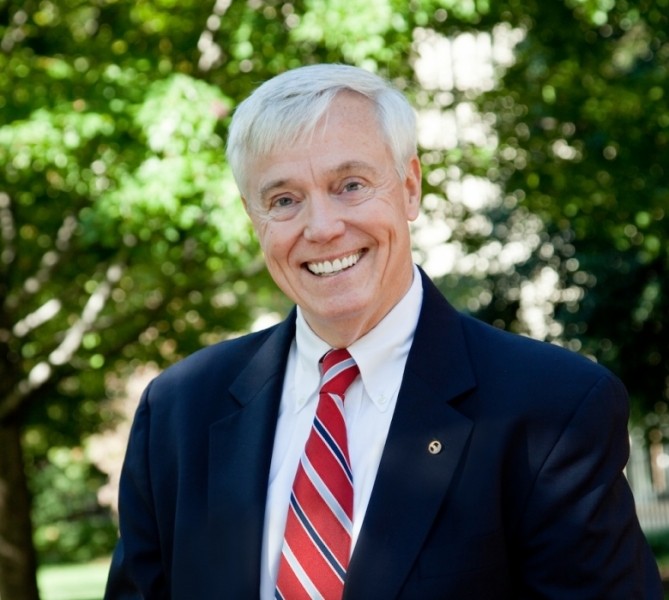 On January 8, 2003, Bill Howell was sworn in as the 54th Speaker of the Virginia House of Delegates.  He led the nearly 400-year old institution, which is the oldest continuously elected law-making body in the New World, until his retirement in early 2018. First elected a delegate in 1987, Howell represented the 28th House District, which includes parts of Stafford County and the City of Fredericksburg.

During his time as Speaker, Mr. Howell led the effort to tackle some of the Commonwealth’s most pressing fiscal challenges. In 2012, he advocated major reforms to the Virginia Retirement System that reduced unfunded liabilities by nearly $9 billion. In 2016, he championed the creation of a new commission to make additional reforms and further reduce Virginia’s unfunded liabilities.

In 2013, Mr. Howell took the unprecedented step for a Speaker of sponsoring a comprehensive transportation funding plan, the first transportation funding overhaul in 27 years. Working with Governor Bob McDonnell, he helped successfully pass the bill, which will generate over $6 billion in new statewide funding for roads, highways, and transit.

Bill Howell practices trust and estate law in a restored log cabin which overlooks the Rappahannock River near his home in historic Falmouth.  He and his wife, Cessie have been married for over 50 years, have two sons, and enjoy seven energetic grandchildren.