On Saturday afternoon, Nov. 3, the Virginia Film Festival screened the documentary film Charlottesville during a premier event hosted by the Batten School and UVA Center for Politics. The film, created by the Center for Politics and Community Idea Stations, focuses on the violent white supremacist demonstrations that occurred at UVA and Charlottesville in August 2017. As part of the festival’s focus on racial conflict in America, the premier came at an apt time.

Center for Politics Director Larry Sabato introduced the film by saying “We’re here tonight to launch our newest documentary, Charlottesville. It’s a topic most of us in this room are already too familiar with, so it won’t surprise you when I say that this film will not uplift you or entertain you. But it is a film that will perhaps put what happened here in context—and educate some viewers throughout the nation when they see it.” 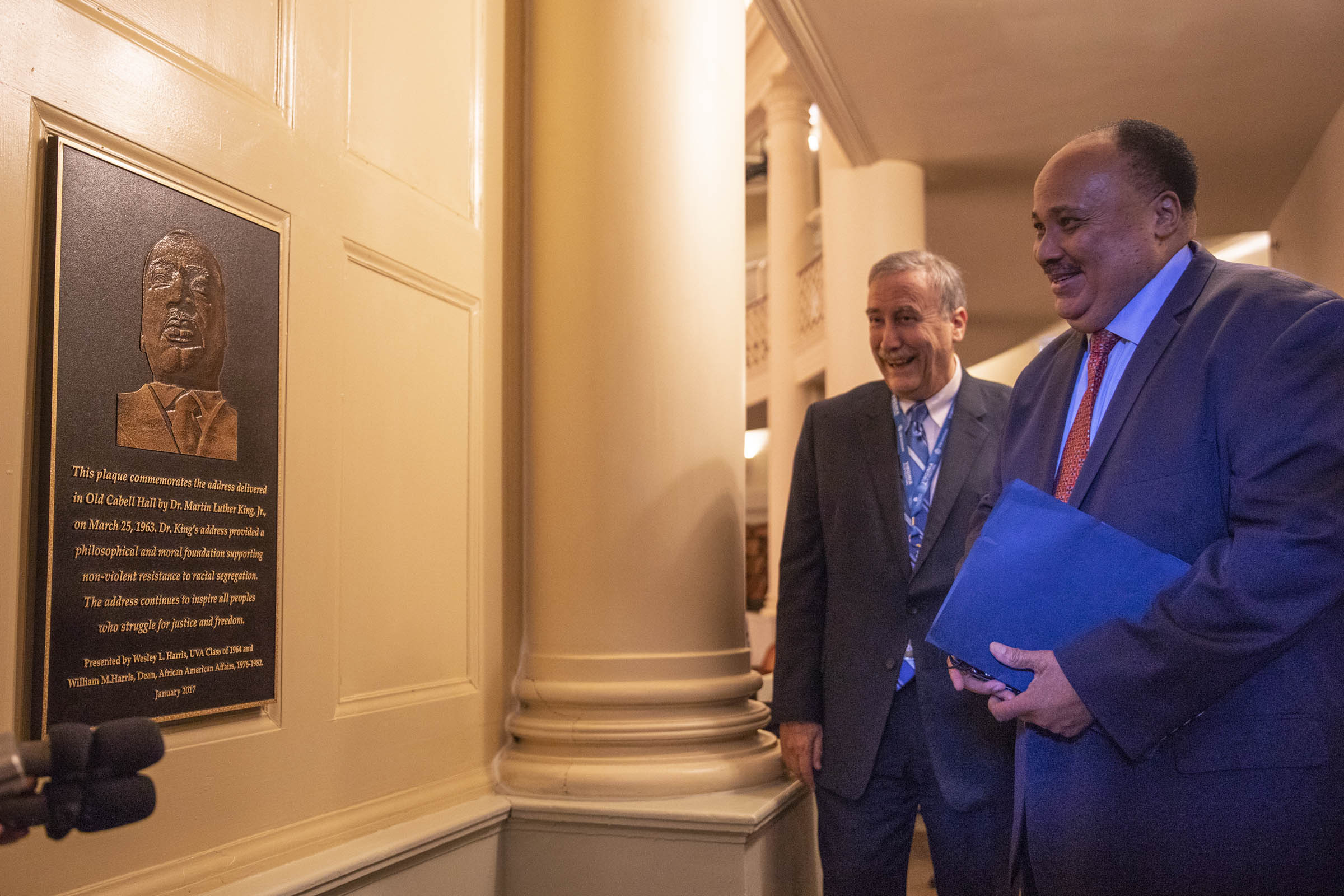 Unlike other documentaries that focus exclusively on the rise of the alt-right and neo-Nazism, Charlottesville takes an even-handed approach to contextualizing what led to the tragic events of Aug. 11 and 12 and how both the Charlottesville and University communities can be reconciled with the institutional failures that took place.

The documentary provides a candid portrait of the city’s complicated and painful history of its treatment of African Americans. This brought to the fore past injustices and for many was a painful reminder of how the city has mistreated its African American citizens, from segregation to the physical destruction of neighborhoods and communities in the name of development. Such a portrait arrives at a critical juncture both for Charlottesville and the nation at large. From the attacks in Pittsburgh at the Tree of Life of Tree of Life Synagogue to the recent shooting of two African Americans at a Kroger in Kentucky, terror looms large and has bred a tragic view of life in America.

And while the kind of hate and divide that made headlines in Aug. 2017 is not exclusive to the city of Charlottesville nor the University of Virginia, or even the U.S., acknowledging one’s own history—even the unpalatable bits—can lead to a more nuanced and honest discussion. Examining the conditions that breed the kind of disaffection that might lead people to turn to extremism and terror can in part uncover why such incidents continue to occur at a devastating rate.

Sabato pointed out that this type of terror must be confronted: “It’s easy to change the subject, and to comfort oneself with the notion that it will just go away. But it won’t."

The documentary’s strength—although not uplifting or entertaining—as Sabato warned, was its ability to not only shed light on the tragic events of August 2017 but in the way, it brings attention to Charlottesville’s own painful history with racial equality and the city’s continued failure to address the consequences of this history.

Following the screening, audience members had the opportunity to discuss the film with its director and producer, as well as key figures in the Charlottesville community. Martin Luther King III, the event guest of honor, spoke to the crowd about how the film shows that racism is still alive in America but regardless the nation must move forward—and that must start with having tolerance.

For King: "Tolerance has to be trained, it's not just automatic. Now, from my perspective tolerance is not where we want to go it's where we want to start.  I want to grow to a point where we can love, respect, and that's what we got to ultimately create which my father and mother defined as the beloved community."