Focus on Cabinet Nominees' Effectiveness and Expertise, Not Just Ideology 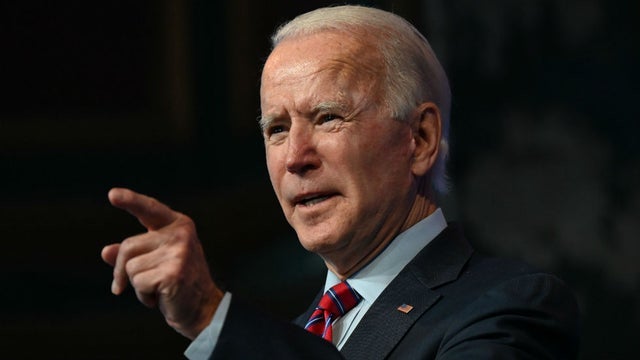 As President-elect Joe Biden’s cabinet nominees have been named, much of the discussion has been about their ideological leanings. Is Biden balancing the moderate and progressive wings of his party in a meaningful way? This is too narrow a focus. After all, who cares how “liberal” cabinet members are if they are — ultimately — ineffective? What if they lack the expertise or the temperament to reach across the aisle to get things done?

For nominees who come from the Hill, important insights can be gleaned about effectiveness, expertise, and bipartisanship from their legislative records. And, given patterns from past administrations, a number of President-elect Biden’s cabinet nominations are likely to come from Congress.

Former Senator Barack Obama drew a greater percentage of his appointees from Congress (and especially the Senate) than did his predecessor and successor, Presidents George W. Bush and Donald J. Trump, both of whom lacked congressional service. Similarly, President George H.W. Bush drew heavily from the House of Representatives, where he had served. Biden’s selection of Sen. Kamala Harris for Vice President, arguably his most important selection, is a clear indication that his actions will fit this historical pattern.

Appointees’ time in Congress can certainly reveal their liberal, conservative, or moderate voting records. But, at the Center for Effective Lawmaking, we look beyond their votes on the floor to discern additional important considerations, such as lawmaking effectiveness, expertise, and bipartisanship.

Lawmaking effectiveness. We’ve scored every member of the House and each senator based on the number of bills they have proposed, how far those bills progressed toward law, and whether their proposals were substantive or commemorative, significant or minor. We then assess performance, comparing likes to likes — how does a minority-party freshman compare to other new members? Is one committee chair much more or less effective than others, either in a particular Congress or over time?

Because our scores extend back five decades, we can see how cabinet nominees performed in Congress as a potential indicator for how they might behave in the administration. Among the lowest performers on our effectiveness scores was Attorney General Jeff Sessions. His low scores arose mainly from his disinterest in lawmaking. Indeed, as a senator from Alabama, Sessions introduced no bills whatsoever for an entire Congress (in 2013-14), while the others averaged 30 introductions each.

One can argue about whether this policy disinterest and ineffectiveness translated into his position as Attorney General. But it is fair to say that his tenure was marked by widespread criticism from Democrats as well as from President Trump, who fired him just after the 2018 elections.

In contrast, President Clinton’s Energy Secretary Bill Richardson scored as highly effective throughout his congressional career and went on to be a two-term governor of New Mexico.

Expertise. While gauging policy expertise is difficult, we examine the degree to which members of Congress are generalists in their sponsored bills or specialists, dedicating their efforts to a small number of issue areas. We find that issue specialists are much more effective, but that most members of Congress spread themselves too thin.

In this light, we were hopeful about President Trump’s nomination of Georgia Rep. Tom Price to be Secretary of Health and Human Services. In addition to being a physician, Price had dedicated more than half of his sponsored legislation to health-related issues, indicating an abiding interest in developing health policy expertise. Had he not been caught up in a travel scandal, this expertise could have served the administration well.

An earlier HHS Secretary, Reagan appointee Margaret Heckler, was much more of a generalist when in Congress, typically dedicating less than a quarter of her agenda to any particular policy area, and only about 10 percent to health-related issues. Given this generalist perspective, Heckler was perhaps better suited to her subsequent (and longer lasting) role as the U.S. Ambassador to Ireland.

Bipartisanship. Although often wrongly intertwined, ideology and bipartisanship are distinct concepts. Prominent liberals from Ted Kennedy to Henry Waxman were known to work effectively across the aisle when needed to advance their agendas. We measure bipartisanship by the percent of cosponsors to one’s legislation who come from the other party.

Since the mid-1990s — for both Democrats and Republicans — about a quarter of all cosponsors on congressional legislation have come from the other political party. While the American public seems to be crying out for government leaders to work together to get things done, many representatives and senators do not seek out such bipartisanship. When those members are nominated to the cabinet, it is easy to anticipate how they will operate in their new roles as well.

Read Full Article In The Hill