The VA Impact Summit: Opportunities for Impact are Endless

On Friday morning, Oct. 5, Social Entrepreneurship at the University of Virginia (SE@UVA), an initiative of the Frank Batten School of Leadership and Public Policy, came together with the office of Governor Ralph Northam and the Virginia Impact Investing Forum, to host the Virginia Impact Summit.

The Summit, which took place at Newcomb Hall, kicked off with opening remarks from Virginia State Governor Northam encouraging investors and philanthropists at the University of Virginia to make an impact in their communities.

Northam was confident that the summit would benefit people all across the state of Virginia. He pointed out that not that long ago, Virginia once ranked as the number one state to do business within the entire country. Unfortunately, this ranking dropped to thirteenth only to then rise to seventh place. Now, the Commonwealth is ranked fourth when it comes to doing business nationwide. And while there is 3 percent unemployment in Virginia, this figure does not account for the areas of southern Virginia and the Eastern Shore. For Northam, there must be economic progress in every part of the state, and he asserted that an event of this nature is one way of achieving that.

“This [event] really means investing in Virginia in a philanthropic way so that we can really help all people in Virginia and help the social good in Virginia,” Northam said.

Affordable housing, health care and education were a few of the topics covered by the panelists. Professor of Public Policy and Director of SE@UVA Christine Mahoney, who played a key role in organizing the event, said “The Virginia Impact Summit was a rare event bringing 150 philanthropists and impact investors together with forward-thinking policymakers to discuss how we invest for positive change in Virginia. We no longer need to think of charitable giving and business as two different worlds. We can invest to achieve financial and social returns simultaneously.”

Panelist Ross Baird, a 2007 UVA graduate and co-founder of Village Capital, discussed how he became involved in impactful investing. He pointed out that even though the national conversation would suggest we’re in a golden age of entrepreneurship, there are still a lot of barriers to entrepreneurship in America, which requires people like himself to be more creative.

Village Capital, founded in 2009, finds, trains, and invests in entrepreneurs solving real-world problems. While these problems extend beyond Virginia’s state lines, it’s worth noting the work Village Capital does within the state of Virginia. Just as Governor Northam advocated for economic progress in all areas of the commonwealth, Village Capital is acutely aware of this need and has worked to bring together investors and economic development leaders in Appalachia.

On speakers like Baird, Mahoney said, “We heard from speaker after speaker about the cutting-edge work being done across the Commonwealth and around the country to solve challenges through investments. Health systems are investing in affordable housing, universities are investing in clean energy, foundations are investing in social enterprises integrating refugees into their new neighborhoods, the opportunities for impact are endless.”

And she’s right, the opportunities for impact are indeed endless. 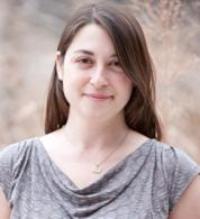 Bestowed by AshokaU, a worldwide leader in social innovation education, the award recognizes the extraordinary impact of SE@UVA’s Changemaker Labs.