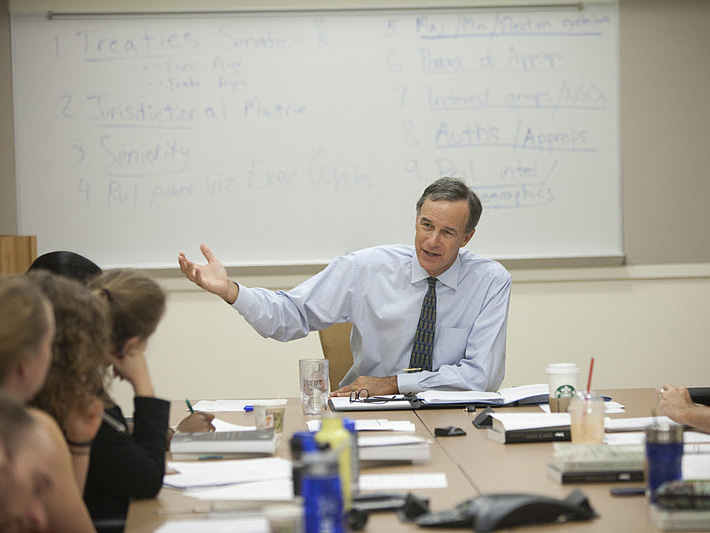 The extraordinary encyclical issued by Pope Francis this week holds great promise for an issue that affects all life on our fragile planet.

This remarkable document essentially reframes an issue that has long been mired in a false and polarizing jobs-vs.-the-environment dichotomy.

Historians often search for the tipping point in debates, the juncture when the addition of a new coalition member opens opportunities for change.

Think of the engagement of white religious leaders in the 1960s, which altered the political calculus for action on civil rights for African Americans. Think of belated support from veterans for U.S. re-engagement with Vietnam in the 1990s, which helped end a decades-long embargo. Or consider the change that led the sons and daughters of anti-Castro activists to support renewed U.S.-Cuba ties after a half century of estrangement.

The pope’s book-length policy paper holds similar promise on an issue where all global citizens face the existential threat of accelerating climate change.

The argument for years has been that we must sacrifice the “luxury” of long-term environmental protection for short term economic opportunity. Backed by climate science deniers allied with corporate chieftains from extractive industries, this argument has prevailed since a bill to cap carbon dioxide emissions passed the House of Representatives before dying in the Senate in 2010. Market-based proposals to curb pollution are dismissed in Washington as “just another job-killing energy tax.”

Now comes Pope Francis reframing the issue of man-made climate change; the pontiff has forcefully asserted we have a moral obligation to defend and pass on the fruits of Creation.

It is a profoundly conservative argument, this notion that stewardship of our common inheritance is a moral obligation. Yet “Creation care” is also unabashedly progressive; it acknowledges that the actions of the wealthy contribute disproportionately to climate change, while the poor suffer.

Lest the issue be muddied by ideologues, the encyclical is grounded in consensus science. It is backed by a careful recitation of the ways changing weather and environmental degradation harm the poor living on bottom lands or along vulnerable coastlines.

Pope Francis maintains that conspicuous consumption by a self-interested me-now generation has brought humanity to a crossroads. His methodical argument drives to the inescapable conclusion: those who cast their lot with more dirty coal and Big Oil will have much to answer for, now and later.

For years, the jobs-vs.-environment debate has been cast as somewhat elitist. Laissez-faire pundits noted that many ardent environmentalists eager to prevent drilling on Alaskan lands also traveled by airplane to summer at pricey homes on Martha’s Vineyard.

Premature death from pollution was portrayed as part of some distant dystopian future. The reality is that the toxic brew of industrialization already afflicts the rapidly growing economies of the world’s two most populous nations. Millions in India and China are succumbing each year to foul air and poisoned ground water. With a surge in cataclysmic storms around the globe, extreme weather - exacerbated by human activity - is already upon us.

Many of us believe in a clear separation of church and state. Yet planetary survival is an issue that even my fellow Episcopalians can agree invites calls to conscience to guide the legacy we pass on.

It is unclear how soon a left-right coalition of environmentalists and faith-based conservatives might have an impact on the debate. But at a time when voters are highly skeptical of social institutions, here is the Catholic Church - which once played a substantial role in the lives of millions of American voters - finding its voice.

Creating an alliance between science and faith-based moral reasoning might help overcome some of the policy gridlock in Washington. The argument presented by the Pope’s team of scholars rings with moral authority: “We clearly need a change in course, to protect the Earth and its people,” concludes Cardinal Peter Turkson, who aided Francis in the drafting, “which in turn will allow us to dignify humanity.”

The pope’s encyclical is an exercise in issue framing that may yet prove to be a game-changer in our national policy debate. It could even bring us closer to a worldwide consensus on how to deal with what Pope Francis has warned is one of the greatest threats to the planet’s future and its people.

Alum in Action: The Education of Malcolm Brogdon

The same intellectual drive that has enabled Batten alum Malcolm Brogdon (MPP '16) to raise his game on the court motivates him to learn about—and uphold—his family's legacy of activism. In an article for Sports Illustrated, Batten's Gerry Warburg talks about Brogdon's dedication as a student.