On a day back in March, Lauren Russell found herself in her apartment surrounded by more than 200 printed pages of healthcare guidelines. She had just received one of her most challenging assignments to date: Create an algorithm for determining which hospital patients should receive life-saving equipment if the coronavirus pandemic were to overwhelm the healthcare system—and finish it in less than 48 hours.

Pennock asked the panelists about the most difficult challenges they’ve faced as they respond to the current health crisis. For Russell, the algorithm assignment immediately came to mind. Beyond the short deadline, she struggled with her own moral anxiety.

“It was distressing to figure out how to decide who would get the equipment they needed,” she said. Russell’s job was to experience that anxiety so physicians wouldn’t have to. “Moral distress was impacting a lot of the clinicians we were talking to in Italy; they were forced to make decisions about whether Patient A or Patient B was going to get the one ventilator that was left in the hospital,” she said. “We wanted to create a clear framework so that clinicians could both be protected from a legal standpoint and have the responsibility removed from their plates.”

Maggie Anderson cited a different type of challenge. The week before last, she worked with Mayor Levar Stoney to determine whether Richmond should enter Phase 1 of the governor’s reopening plan for Virginia, which permits non-essential retailers and some restaurants to open at limited capacity. After requesting data from the governor’s office, the team learned that rather than dipping or even plateauing, the coronavirus positivity rate for Richmond was continuing to increase. They decided to delay reopening.

“That was a really challenging decision to make because we were balancing the health and safety of residents with the needs of small businesses,” Anderson said.

That balance is a difficult one for states and communities to strike, given that the economy has taken a major hit during this time. The filing deadlines for both federal and state taxes have also been pushed back to July 15th, which is especially concerning for Mark White in his role as a fiscal analyst for North Carolina. “The situation presents us in the budget office with a number of challenges,” he said: “Namely that we don't know how much revenue is actually going to be coming in until after the new fiscal year, which is supposed to start on July 1.”

None of the challenges the panelists described are easy to resolve, but all three alums said Batten offered the education they needed to tackle them. For Russell, the algorithm task reminded her of Batten’s “48-hour project.” For this high-pressure assignment, students receive an especially tough policy problem and only two days to solve it. Professors cancel all classes so that students can prepare and present a policy brief that contains their solution. “I probably wouldn't have been able to write 20 pages in 48 hours had I not done the work that I did at Batten,” Russell said. “That really prepared me.”

In response to a viewer question, Russell described the many steps in her process. She Googled “allocating ventilators” to familiarize herself with the issue; hunted down allocation guidelines drafted by policy, bioethics, and public health experts between 2005 and 2010 in the wake of the SARS outbreak; analyzed different versions of standard bioethical principles to look for similarities; and combed through journal articles to learn more about both comorbidities that make individuals more susceptible to contracting COVID-19 and diagnostic tests that could help staff evaluate the severity of the infection.

Pennock chimed in. “I think one of the things that's so helpful about the 48-hour project, and much of what we do at Batten, is that it teaches you how much you need to know before you can start making decisions,” he said. “There’s an infinite amount of information out there in the world. When do you know that you know enough?”

White added that your level of knowledge isn’t the only thing you learn to consider. “It’s not only knowing when you know enough, it's also ‘that's enough.’ There’s a saying that good analysis delivered on time is better than perfect analysis delivered late.”

In addition to its focus on good decision-making, White noted, the Batten curriculum trains you to work well in teams, a vital skill for policymakers. As an advisor to both chambers and parties of the North Carolina General Assembly—he joked that he has 170 bosses—White works in “a very, very collaborative environment,” he said. “Batten really emphasizes that, and I think that’s a great benefit.”

Collaboration has been key for all three panelists in recent months. Russell mentioned a new initiative to adapt the VA’s electronic medical system for the coronavirus outbreak by building in screenings for social factors that increase a patient’s risk of being exposed to COVID-19. The effort has united clinical operations specialists, researchers, and information technologists across the country. “That collaboration speaks volumes to what we could actually accomplish if we can continue to work that way,” she said.

Similarly, to develop clearer feedback loops about how policies are influencing the people Richmond, Anderson and the mayor’s team have brought together groups that comprise all kinds of people and organizations—from restaurants to local activists. Quoting the mayor, Anderson described the city’s response as “a giant team project.” Moving forward, she said, the goal will be to capitalize on those relationships to “lift Richmond up.”

“We want to create a more just society than what we started with,” she added. “We’re viewing this as a transformation." 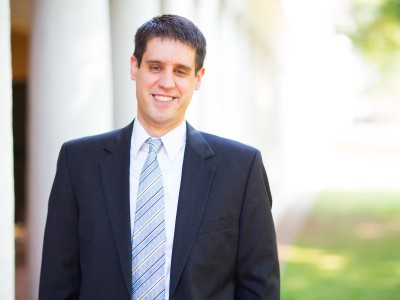