Why Spy: Espionage in an Age of Uncertainty

What motivates someone to risk his or her life in the shadowy, often dangerous world of espionage? What are the needs and opportunities for spying amid the “war on terrorism”? And how can the United States recruit spies to inform its struggle with Islamic fundamentalists’ acts of anti-Western jihad?

Drawing on over twenty-five years of experience, Frederick P. Hitz, a former inspector general of the Central Intelligence Agency, guides the reader through the byzantine structure of the U.S. intelligence community (which agency handles what?), traces the careers and pitfalls of such infamous spies as Robert Hanssen and Aldrich Ames, and explains how the United States must meet the challenges set forth in the Intelligence Reform and Terrorism Prevention Act of 2004. He also describes the transformation of the CIA after the end of the cold war–from 1991 to the present–and outlines a vision for the future of U.S. spying in the twenty-first century.

A fascinating glimpse into the inner workings of international espionage and intelligence, Why Spy? is a must-read not only for fans of Tom Clancy and John le Carré, but for anyone concerned about the security of the United States in a post-cold war, post-9/11 world. 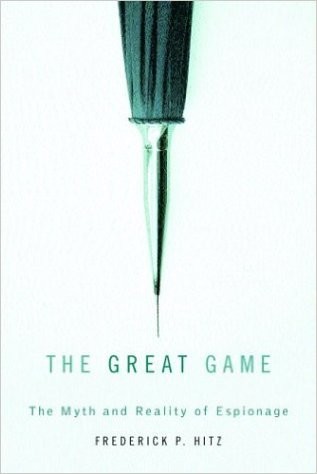 The Great Game: The Myth and Reality of Espionage

In this fascinating analysis, Frederick Hitz, former inspector general of the Central Intelligence Agency, contrasts the writings of well-known authors of spy novels—classic and popular—with real-life espionage cases. Drawing on personal experience both as a participant in “the Great Game” and as the first presidentially appointed inspector general, Hitz shows the remarkable degree to which truth is stranger than fiction.