The Lobbyist Is In: A UVA Youth Health Advocate Takes on a Polarized Congress

Brooke Lehmann felt apprehensive as she stepped into the classroom. It was empty except for a girl in a red sweater, who sat at one of the desks, smiling radiantly.

Several hours earlier, Lehmann had received the call. “They said she was suicidal, homicidal and actively psychotic,” Lehmann recalled. “And she was all of those things, but there was just something about her.”

Today, Lehmann is a clinical social worker, lawyer and federal lobbyist who teaches at the University of Virginia’s Frank Batten School of Leadership and Public Policy. But when she first met Tonia (whose name has been changed for confidentiality), Lehmann was one of several clinicians employed by Georgetown University Hospital who treated children at a nearby middle school – some days, out of an unconventional venue.

“We were literally in a van,” she said. If no rooms inside the school were available, Lehmann saw students in the van’s cramped exam rooms. That experience, among many others, would later inspire her to advocate for school-based health centers.

What’s a school-based health center? “I tell people to think of a pediatrician’s office – the one you went to as a kid or you take your kids to now – and imagine that inside a school,” Lehmann said. Beyond the usual strep tests, flu vaccines and sports physicals, many centers also offer mental health services and even dental exams. Most serve students from low-income areas where doctors are scarce.

The Georgetown van was a far cry from a pediatrician’s office. But health care in schools, even when offered out of a vehicle, can make a significant difference in children’s lives for a simple reason: location. Lehmann spent plenty of time on the school grounds, mingling with teachers and observing students at lunch, gathering valuable information that she would otherwise only have found after dozens of mostly unanswered phone calls to parents working multiple jobs, if she found it at all.

From this unique vantage point, and from conversations rooted in a growing trust, Lehmann and her colleagues got to know the girl in the red sweater. Tonia told Lehmann how the curtains in her bedroom stirred of their own accord, as if someone were hiding behind them, and how voices told her to do things that scared her. She often witnessed her father beating her mother, and she had been molested by a school security guard. “There wasn’t any form of abuse she didn’t suffer,” Lehmann said. “Verbal, sexual, physical, emotional. Everything was stacked against her.”

When Lehmann first began pursuing support for a federal school-based health center program in 2003, misconceptions about the centers abounded. People often accused her of seeking to plant abortion clinics in schools, even though many centers only provide referrals for reproductive health issues. She remembers that one congressional staffer even told her she was promoting “federal nannyism.”

The staffer “was very aggressive,” Lehmann said. “Her belief was that if you were a good parent, you would take your child to the doctor. You wouldn’t leave it up to schools. But for a lot of parents, taking time off to bring their child to the doctor can mean the end of their job.”

Given the prevalence of such criticisms, Republicans and Democrats alike called Lehmann’s project doomed. But seven years later, largely thanks to her lobbying firm, Capitolworks, the School-Based Health Center Program was authorized through the Affordable Care Act. In 2014, however, the program expired, leaving only a small fraction of centers with the funding they needed.

When Lehmann began advocating for the program’s re-authorization, she found lawmakers doubtful once more: “I think people looked at the makeup of Congress and the administration and everybody said, ‘Nothing good is going to come of this.’”

But Lehmann had no interest in backing down. This year, with the addition of two University of Virginia students to her team – Lauren O’Neil, a second-year student studying politics and public policy, and Harini Peri, a third-year student at the Batten School – she tackled the task from a new angle.

“[Early on] Brooke called us and said, ‘OK, obviously these members have seen the bill before. How can we take a different approach?’” Peri recalled. The two students were still reeling from the adjustment to virtual learning and general exhaustion from the pandemic. “We were like, ‘What do children need right now?’” Peri said. “And then it hit us: mental health.”

Statistics on the subject spoke for themselves. Since the start of the pandemic, the number of students visiting school-based health centers for mental health treatment has risen by 73%. Peri and O’Neil drafted one-pagers focusing on that sudden uptick – materials Lehmann and the rest of her team used to continue building a national coalition of allies, from superintendents and pediatricians to teachers and heads of nonprofits. As the bill gained momentum, Lehmann sent regular updates to these supporters, translating policy-speak into plain English and celebrating each hurdle her team had cleared. “Those emails blew me away,” O’Neil said. “How inspiring she can be, even just through a 10-sentence message over the internet.”

During the 20 years Lehmann has spent advocating for school-based health centers, she’s worked with many different congressional staffers and, on occasion, their bosses. She remembers one period in 2005 when she met with staffers 100 different times over the course of six weeks. “By the end, I was hoarse and carrying around cough drops!” she said.

In June 2019, she and her partner had gone even farther, scheduling 800 meetings for their team in a single day. All the while, Lehmann kept in touch with Tonia. The in-school counseling had helped her regain sanity and successfully transition into adult life: She was now in her 30s with stable housing and a steady job as – coincidentally – a custodial worker in a government building on Capitol Hill. The two often ran into each other; sometimes, Lehmann would start her days early or Tonia would ask for someone to cover part of her shift so that they could sit and chat.

Early last summer, Lehmann secured a hearing for the bill, which she attended by Zoom. She remembers what felt like a turning point.

U.S. Rep. Michael Burgess, a doctor from Texas, held the floor. “He had not been a friend of ours,” Lehmann said. “In some cases, he had even blocked our efforts.”

Suddenly, Lehmann realized that he was using her own talking points – the same ones she had been returning to for the past two decades. School-based health centers provide a safety net for children from low-income families who would otherwise go without health and mental care. School-based health centers are located where children spend a huge portion of their days, unlike any other health facility. “It was like Christmas,” Lehmann said.

Indeed, just after that holiday, under the most polarized Congress in decades, the school-based health center re-authorization was passed as part of the year-end funding and COVID-19 package.

That might never have happened without Tonia, who has risen to become a hazardous materials inspector at the Pentagon and is now married with two girls of her own; over and over, Lehmann swayed staffers and lawmakers with her story.

The two women maintain an affectionate correspondence. “You can’t imagine how many times in just one month I talk about you as an example of how strong the human spirit is,” Lehmann wrote to her in one email.

“I swear,” Tonia replied, “if it wasn’t for you, I wouldn’t be half the woman I am today.”

In 2017, on receiving an invitation to Tonia’s wedding, Lehmann even offered to buy her dress. “She has been the highlight of my career,” Lehmann said. “There was something inside her that had gotten lost. But we pushed her, and she pushed through.” 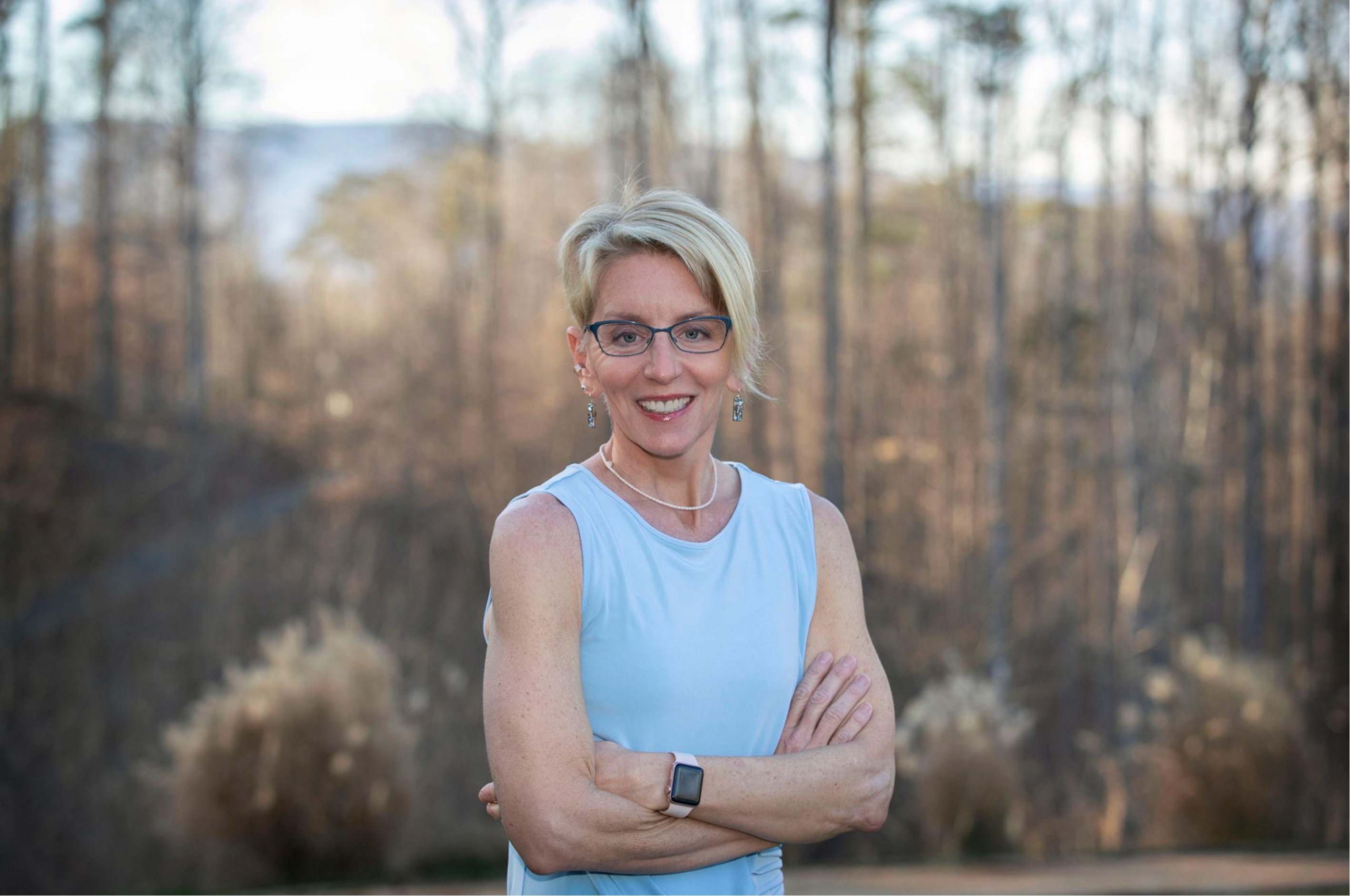 Brooke Lehmann is a lecturer at the Frank Batten School of Leadership and Public Policy. A national expert on the design, development, and reform of pediatric health/mental health services, special education and child welfare systems, her work addresses policies ranging from school-based health care to international crisis support for children and families.

Children’s Mental Health: How a Pandemic Has Created a New Epidemic

According to Batten's Brooke Lehmann, the need for mental health care for children and adolescents has never been higher. On UVA’s Lifetime Learning podcast, Lehmann explores the state of children’s mental health, both pre- and post-pandemic.

In the United States, youth mental illness is on the rise. Young people are increasingly likely to be diagnosed with a mental health condition and even to die by suicide. COVID-19 has exacerbated the situation, turning it into “a pandemic of its own,” Batten lecturer Brooke Lehmann told an online audience during the latest edition of Batten Expert Chats.