At first glance, the statistics seem to suggest a rosy picture about women in U.S. politics: Kamala Harris is the nation’s first female vice president, and the numbers of women serving in Congress, statewide elective offices, and as state governors are at a record high, according to the Center for American Women and Politics. However, new research from the Batten School’s Center for Effective Lawmaking declares that “politics remains a game for men.”

How is this possible? Look carefully at the numbers and you’ll see that even at those record highs, women make up less than a quarter of the U.S. Senate, less than a third of the U.S. House, and less than a third of statewide elected offices. That celebrated total of female governors is nine. And, as the new research shows, a large gender gap in political ambition has endured over the past 20 years.

“What we’ve seen is that you can get a lot closer to political parity and gender parity in our political institutions by encouraging more women to run for office,” said Jennifer Lawless, Leone Reeves and George W. Spicer Professor of Politics. “But that’s not going to change this fundamental gap in the [general] population, which still sees signals – implicit and explicit – that politics is a business best left to men.”

Lawless began tracking Americans’ interest in running for office in 2001 when she was a graduate student at Stanford University. With her colleague Richard Fox, now a professor of political science at Loyola Marymount University, she launched the Citizen Political Ambition Study, surveying a national sample of approximately 2,000 men and 2,000 women employed in the four professions most common among elected officials: law, business, education and politics. Among the many questions the researchers asked was a simple one: “Have you ever thought about running for office?”

In 2001, 59% of the men surveyed had considered running for an elected position, compared to 43% of the women, a “gender gap” of 16 percentage points. Fox and Lawless ran another wave of the study a decade later and found the gender gap had not changed. In 2021, the researchers conducted a third wave of their study and found the gender gap had was virtually unchanged (18 percentage points), even amid those lauded, record-high numbers of women in politics.

Their new report breaks down their findings in 10 coherent charts. Perhaps the most striking statistic from the report is that the gender gap in political ambition is basically the same across a range of demographics. Regardless of race, political party affiliation, profession, household income, or parental status, women are less likely than men to consider running for office, even though women are just as likely as men to win their elections.

“The big issue is that men are far more likely to receive the suggestion to run for office, and they have, for their entire lives, received messages that suggest to them that they’re qualified,” Lawless said. “Until we can really close this recruitment gap, we’re not going to get anywhere. We’ve seen that recruitment works because when Democrats and Republicans recruit women to run for Congress in record numbers, a record number of women get elected. But it just can’t be about Congress. There are 500,000 elected offices in this country.”

According to Lawless, women and men are not thinking about their qualifications in the same way. “When a woman considers running for office, she’ll decide that she’s not qualified if she doesn’t have, say, a law degree and a business degree and public policy experience,” Lawless said. “When we ask men what qualifications they have, they say things like passion and vision. It’s a lot easier to have passion and vision than numerous advanced degrees.”

I don’t think that running for office is for everybody. And if women and men were equally likely to consider it and women were systematically more likely than men to write it off, I could live with that. I can’t live with the fact that it’s significantly less likely to appear on a woman’s radar screen in the first place.

Craig Volden, a professor of public policy and politics and co-director of the Center for Effective Lawmaking, said that Lawless’ research is crucial. “Given the importance of attracting effective lawmakers into Congress and state legislatures, it is troubling that women tend to wrongly disqualify themselves from seeking these offices,” he said.

“Professor Lawless’ study suggests a role for each of us in identifying and encouraging the capable women in our lives to consider public service through elective office. Prior research at the Center for Effective Lawmaking has shown that women in Congress are particularly effective at advancing their legislative proposals, even when facing long odds such as when they are in the minority party,” Volden said. “Encouraging women to confront and overcome such odds also in running for office in the first place is vital to American democracy.”

The author or coauthor of six books, including, most recently, Women, Men & U.S. Politics: 10 Big Questions (W.W. Norton, 2017), Lawless herself ran for Congress in 2006, primarying the Democratic incumbent in Rhode Island’s 2nd Congressional District. “We spent a year and a half trying to meet every single voter in the district and dispelling myths about the person I was running against,” Lawless said. “Ultimately, I got almost 40 percent of the vote. Although I lost the election, I always thought I would run again. I’ve pursued other options in the meantime.”

Those “other options,” in addition to her myriad book publications, included professorships at Brown University and American University, where she was the director of the Women & Politics Institute. She arrived at UVA in 2018, where she teaches a popular campaigns and elections class with a civic engagement component—students have to work or volunteer for a candidate or attend various online or in-person events pertaining to policy issues. In her class, women are “just as engaged as the men. They are just as interested … in running for office,” she said. “Among this group of students who are political junkies, the gender gap isn’t as big.”

The key to closing the gender gap in political ambition, she says, is to “cast a wider net, to go beyond Batten and then go beyond the politics department and encourage people with a variety of backgrounds to think about running. I think that there are a lot of people who, with a very small push or prod could probably become interested. But figuring out who’s responsible for delivering that push or prod is the major challenge.”

Recruitment organizations such as Emily’s List, She Should Run, the Women’s Campaign Fund and Running Start do make a difference on college campuses, Lawless said. For example, Batten recently partnered with the Darden School of Business, the School of Law and Running Start on a workshop for graduate-level women interested in running for political office.

It’s wonderful that these training programs exist, Lawless said, as they’re part of the reason that when women run, they’re just as successful as men in winning their elections. But one frustration she has is that most of these programs are targeting “a very, very small number of people, many of whom have already expressed an interest in running for office,” she said. “We’ve got to go out and encourage women who have never thought about running—to have it appear on their radar screen in the first place, and that’s much trickier. But something is just wrong with a political system that women don’t feel equally free to enter.”

Although making this change seems daunting, Lawless pointed to the final chart in her latest report, where she and Fox examined what recruitment scenarios might move the needle. When women are actually encouraged to run by a political leader or elected official, or receive a very detailed email from a women’s organization saying that somebody has suggested that they run for office, “we see a substantial uptick” of women saying they would be responsive to that, Lawless said.

Politics can be a rough game, Lawless acknowledged. “I don’t think that running for office is for everybody,” she said. “And if women and men were equally likely to consider it and women were systematically more likely than men to write it off, I could live with that. I can’t live with the fact that it’s significantly less likely to appear on a woman’s radar screen in the first place.” 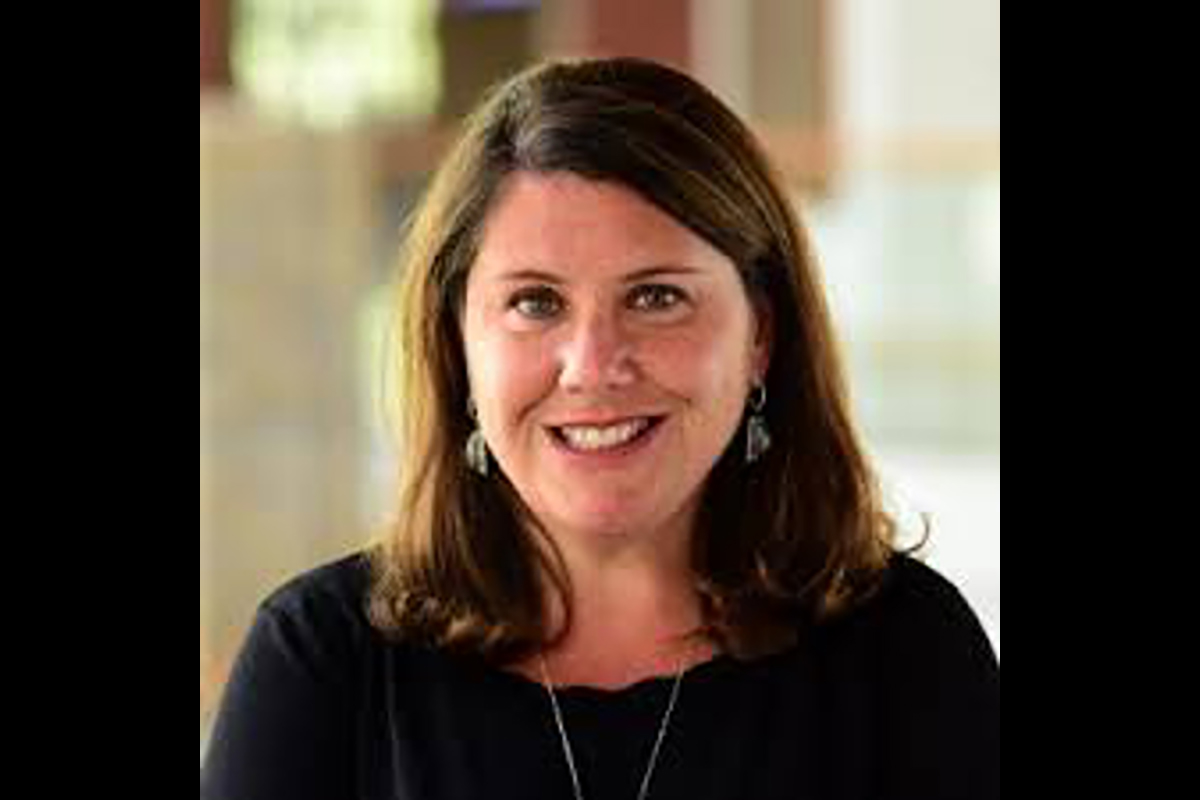 Moms are a political force in voting but are underrepresented as candidates. In an interview with NPR, Batten School Professor Jennifer Lawless shares some ideas about that disparity.

Mary Kate Cary and Jennifer Lawless taught a class from both sides of the political spectrum with success.